Three Days to Forever book tour. With a guest post from the Author! 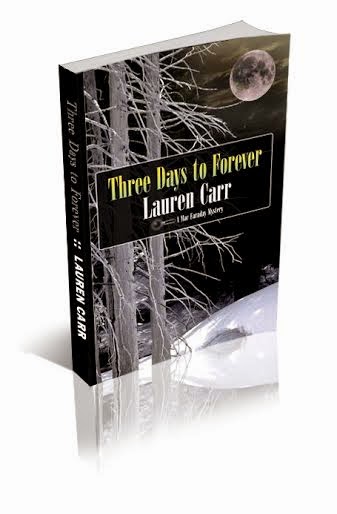 In this latest Mac Faraday Mystery from best-selling mystery author Lauren Carr, readers will embark on a rollercoaster adventure with old friends (including the Lovers in Crime team of Prosecutor Joshua Thornton and Homicide Detective Cameron Gates), but also meet new ones as Mac Faraday’s daughter Jessica Faraday and Joshua Thornton’s son Murphy Thornton join the team in the race to get the love birds to the altar!

With three days left to the year, Deep Creek Lake is hopping with holiday vacationers and wedding guests pouring into the Spencer Inn for Mac Faraday and Archie Monday’s huge wedding ceremony which is being touted as the social event of the year.

But droopy flowers and guests who failed to RSVP are the least of Mac’s and Archie’s problems when a professional hit squad hits Spencer Manor to send the groom, Joshua Thornton, Archie’s mother, and Gnarly running for their lives.

With time running out to the big day, Mac Faraday and Spencer’s small police force have to sort through the clues to figure out not only who has been targeted for assassination, but also who is determined to stop everything … FOREVER!

“Lauren Carr’s mystery novels are indeed one of my go-tos when I’m looking for a good whodunit.” –Reviewer: Shana Benedict, ABookVacation Book Reviews.

“Lauren Carr does a good job of moving the quirky storyline along nicely with an abundance of witty dialogue. And you have no idea who the good guys are and who the bad guys are until the end." - Reviewer: Every Free Chance Book Reviews.

FOR MORE INFORMATION
Three Days to Forever is available at Amazon.
Watch the book trailer at YouTube.
Discuss this book at PUYB Virtual Book Club at Goodreads.

Voices Inside My Head

Am I Crazy? No, You’re a Writer

Read any author interview about characterization. At some point, they are bound to admit that the characters direct them in their writing.

In trying not to sound schizophrenic, the author will try to explain, “I may want them to do this, but they’ll tell me they want to do that. … They’re real to me. … My characters come alive.”

Fictional characters dictating a plot does sound crazy to someone who’s not a writer.

Do you mean you have fictional people telling you what to write?

Yes, they should. If an author comes to a crossroads in his plot where the character can go left or right, and he doesn’t tell the writer which way to go, then he isn’t fully developed, at which point that author has a problem with his character.

It may be easier to understand if I explain the actual process.

Let’s say you’re writing a book where you have a character that’s a spunky detective like homicide detective Jane Rizzoli in Rizzoli and Isle. She’s tough. She prefers beer to wine. She carries a big gun and knows how to shoot it.

In your plot, the killer abducts Jane, ties her up with duct tape, and leaves her trapped on a pair of railroad tracks with the train coming.

Now, you, as the writer, are planning for your book to end with your main protagonist, Dudley DoRight saving Jane from the railroad tracks and the crazed killer. Dudley has to save Jane.

Unfortunately, Jane is going to have issues with that storyline.

A woman doesn’t get promoted to homicide detective by crying “Save me! Save me!” when she gets into trouble.

What are you, dear writer, going to do?

Your protagonist is Dudley DoRight. He’s the star of your book. If you leave Jane on the railroad tracks doing nothing to save herself, then the reader is going to say, “What a wimp! How did she ever become a cop?”

This is where being a writer is fun.

While characters may take a different path in the storyline, the writer can throw up road blocks sending them in another direction until they end up where he wants them to be.

For example, you can have Jane remain unconscious on the railroad tracks until Dudley arrives, though it would more suspenseful with her screaming for her life while the train is coming.

You can have her and the killer fighting on the tracks with the train speeding towards them until Dudley arrives in the nick of time to save Jane and the killer is smashed like a fly on a car windshield; or, you can let Jane get hit by the train. (I hate killing main likeable characters in the end.)

Or, you replace Jane’s character with one who will sit there crying “Save me! Save me!”—like Penelope Peril.

This will mean a complete rewrite. However, if you want your storyline to go one way and the character won’t fit with it, it may be the way you’ll have to go. Forcing a character to behave in manners contrary to her personality doesn’t work. Readers will scratch their heads and ask, “Why’d she do that?”

In my latest Mac Faraday Mystery, Three Days to Forever, police chief David O’Callaghan just about slapped me alongside the head when I tried to make him the “helpless victim in need of rescuing” after being abducted by home-grown terrorist.

As I illustrated in my example, Mac Faraday, the star protagonist in this series, had to be the man of the hour when it came to the climax in this mystery-suspense-thriller. But, a major in the Marine reserves with special ops training and a police chief, David would have none of it. There was no way he was going to sit around calling for help like a little girl.

In order to keep my characters happy, I had to adjust the plotline in order to make both Mac Faraday and David O’Callaghan ring true to my readers.

Sometimes, book characters can be as demanding as real-life movie stars. 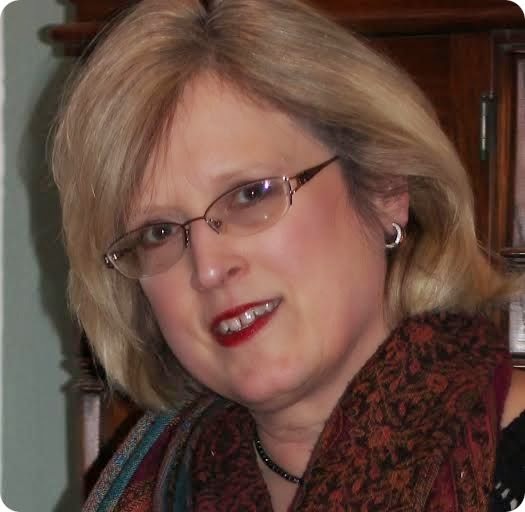 detectives, Murphy Thornton and Jessica Faraday in the Thorny Rose Mysteries. Look for the first installment in this series in Spring 2015.

She lives with her husband, son, and three dogs on a mountain in Harpers Ferry, WV.