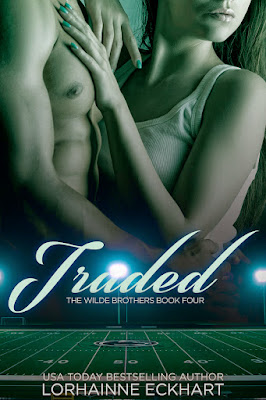 Jake Wilde has two loves, but nothing is going his way.

USA Today Bestselling Author Lorhainne Eckhart’s books have been described as Longmire meets old-school Dallas, and she recently received the 2013 Readers’ Favorite Award for Romantic Suspense for her title Lost and Found. With over thirty titles under her belt, she is frequently a Top 100 bestselling author in multiple genres, such as romance, westerns, and mystery/suspense, including such series as The Outsider, Walk the Right Road, The Wilde Brothers, The Saved, and her most recent addition, The Friessens: A New Beginning.

Lorhainne lives on sunny Salt Spring Island with her family, where she is working on her next novel.