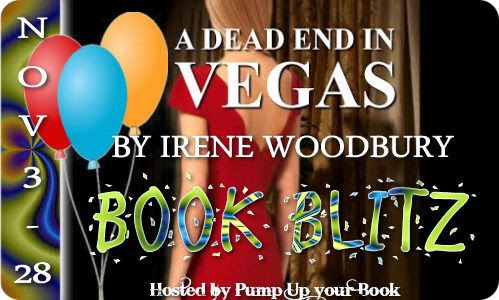 Book Blurb:As Dave Sloan is leaving for the Denver airport to pick up his wife, Tricia, the phone rings. It’s the cops in Las Vegas. His wife is dead. Her nude body was found that morning in a hotel room at the Bellagio. Dave is stunned and devastated. He thought she was in Phoenix at a week-long teachers’ conference. A lie, of course, concocted by Tricia, who flew to Phoenix, then drove to Vegas to meet her Internet lover, the handsome, charming, and very much married Joe Daggett of Chicago.When Joe can’t join her, Tricia’s a mess. He calls a close friend, Al Posey, who lives in Vegas, and asks him to take her to dinner. Al and Tricia hit it off and wind up in bed. On Saturday morning, he walks out of her hotel room at nine. Three hours later, her lifeless body is found by a maid. A DEAD END IN VEGAS is a searing exploration of how Tricia Sloan’s tragic, mysterious death shatters, and later transforms, the lives of her family and friends. For More Information A Dead End in Vegas is available at Amazon.
Book Excerpt:Slipping and sliding along Colorado 91 in the near white-out, Randy looked in the rearview mirror and spotted a Colorado Highway Patrol car. Sarah, who remembered every detail of the trip, told me later that he panicked.“Damn!” he cursed, pounding the steering wheel and pointing behind them. Sarah turned and saw the police cruiser; her eyes widened and dazed. With her hand over her mouth, she made a sound part gasp, part groan.“My dad must’ve called them,” Randy shrieked. “They’re gonna take me in for armed robbery!”“No they won’t,” Sarah cried, gripping his arm. “We’ll be in Leadville soon. They’ll never find us there. In a day or two, we’ll leave for California. My Grandpa’s out there--he’ll help us!”Randy glanced over at her and nodded. He was now driving as fast as he could, but in the rushing torrent of snow, visibility was failing, and, at 10,000 feet, the old Subaru was suddenly wheezing as if for breath. When Randy muttered something about engine trouble, Sarah buried her head in her hands and started crying. He reached over and patted her leg. As they approached the farm community of Gage, 10 miles outside of Leadville, the highway cops were still on their tail. A wave of hopelessness and betrayal swept over Randy as he thought of his own father calling the police to turn him in. But in fact, the cops’ presence had nothing to do with Dave. It had to do with Randy’s reckless driving. He was swerving wildly in and out of icy, snow-packed lanes, endangering his own life as well as Sarah’s and everyone else’s on the road. 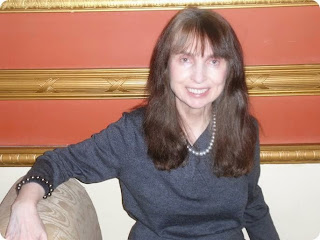 Irene Woodbury’s second novel, A DEAD END IN VEGAS, is a dark, probing look at marriage, infidelity, revenge, and grief. Immersing herself in drama and dysfunction for months on end was a challenge for this upbeat author, whose first book, the humor novel A SLOT MACHINE ATE MY MIDLIFE CRISIS, was published by SynergEbooks in 2011. At first glance, the two novels seem quite different, but both deal with midlife confusion and chaos, and the complexities and unpredictable nature of the human heart. And both, of course, are partially set in Las Vegas, a city Irene got to know well during her years as a travel writer. Between 2000 and 2005, her stories appeared in major newspapers in the U.S., Canada, and Europe. Irene, who graduated from the University of Houston in 1993, lives in Denver with her husband, Richard, a retired correspondent for Time Magazine who edited both of her novels. The couple miss traveling, but, after two novels, Irene insists there’s no greater journey than the one into your own heart and mind.