Night Terror Book Tour with something from Mama D 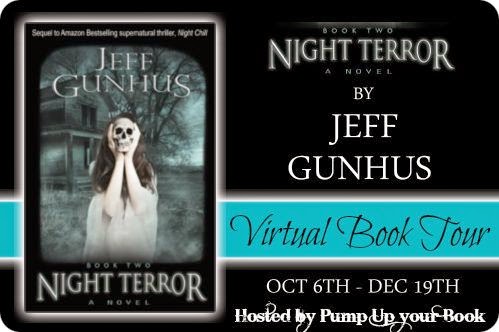 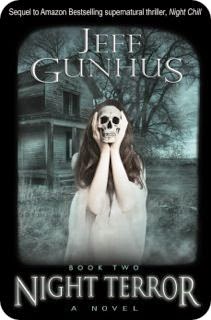 
Ten years after her abduction and near-sacrifice to the Source, Sarah Tremont struggles to be a normal teenager. As much as she’s tried to suppress the power inside of her, it’s grown dangerously strong and has drawn the attention of those who want to possess her power for themselves.

The nightmare that she thought was long over starts again as powerful forces descend upon Prescott City to seek her out. With her parents and Joseph Lonetree’s help, Sarah must stand up to an evil much more powerful than the one she faced in the caves a decade earlier. But in the end, she discovers the greatest danger might come from the power living inside of her.
For More Information

Night Terror is available at Amazon.
Discuss this book at PUYB Virtual Book Club at Goodreads.

Mama D hated Halloween. All of the regular folk, the ones who crossed themselves when the wind howled through trees on a dark night, or turned on all the lights in the house because of a single creaking floorboard, pretended for a night that they enjoyed the macabre. Only they didn’t enjoy it. They mocked it, hoping in their primal brains that such mocking would immunize them from the very real world of terror that lurked in the unlit places ready to reach out, touch them on their bare skin and make them unclean.

Mama D scanned the revelers in the street with her eyes closed. The information she wanted wasn’t the kind reflected light could give her. It was the kind she could feel only using the acute senses she’d been born with, the senses that had enabled her to hunt and to feed for the last century. She breathed in deep as she sensed a pesh with a little bit of the gift inside pass her by. It wasn’t enough though. She thought she could find better so she waited. And she watched.

She knew there were others like her around the country, taking advantage of this night where inhibitions were lowered, where protective parents let their children run wild on a sugar-high up and down streets. Nowadays parents had become increasingly paranoid and usually made feeding more of a challenge. That and law enforcement was better than even so Mama D and her kind had to be smart. The last thing she wanted was to end up in jail or, more likely, under some scientist’s knife once they realized what she really was.

Mama D shut out those dark thoughts and looked back over the crowd in the street. She sensed a powerful young pesh walking toward her and she felt her hunger rise in her chest. The crush of the crowd would make things easy for her. As she opened her eyes and spotted the young trick-or-treater walking her way she though that maybe she had it all wrong. Maybe Halloween was going to be fun this year after all.

Jeff Gunhus is the author of both adult thrillers and the Middle Grade/YA series, The Templar Chronicles. The first book, Jack Templar Monster Hunter, was written in an effort to get his reluctant reader eleven-year old son excited about reading. It worked and a new series was born. His book Reaching Your Reluctant Reader has helped hundreds of parents create avid readers. As a father of five, he and his wife lead an active lifestyle simply trying to keep up with their kids. In rare moments of quiet, he can be found in the back of the City Dock Cafe in Annapolis working on his next novel.

His latest book is the thriller/horror novel, Night Terror.