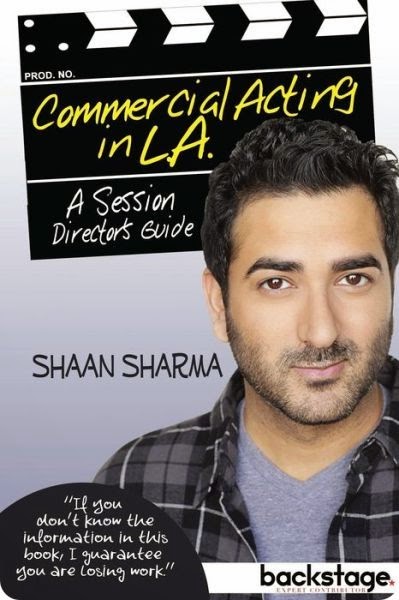 Shaan Sharma’s A SESSION DIRECTOR’S GUIDE TO COMMERCIAL ACTING IN L.A. is the commercial acting industry’s most comprehensive book ever written - - giving readers a step-by-step guide to breaking into and prospering in the commercial acting business in the world’s entertainment center, Los Angeles. Fusing his experience, wisdom, vignettes and wit – Sharma is about to change the lives of those who thought big-picture acting was nothing but a fantasy, as well as those commercial veterans who could be even more successful.

Readers of this book will learn how to become successful working actors in TV commercials in Los Angeles in this fun step-by-step guide by top Casting Session Director and Commercial Actor Shaan Sharma. “This isn’t hype – it’s tangible advice I have gained from running auditions for over 400 commercial spots,” says Sharma. “Readers will hit the ground running as they discover how the business works and what to expect, how to find good acting classes, refine their look, get headshots, get representation, get in with the top commercial casting directors, navigate the audition and call-back process, life on set and even how to stay busy between acting jobs. There’s also a bonus chapter for parents interested in getting their children into acting. The commercial acting world is so different

than that of theater, TV and film that new students and veterans alike need to make the most of the time and money they invest in their careers.”

Shaan went on to say, “The kind of information in this book can only come from someone who has experience both in front of and behind the camera, who works with the top casting directors, directors, ad agencies and companies in the world. There are no other books out there like it. So, if you want to get into commercial acting in L.A. – this is your guidebook.”

Having directed audition sessions for over four hundred national commercial spots for dozens of L.A.’s top casting directors, Shaan Sharma is a well-known veteran of his industry. Now expanding his reach through a powerful new book, Shaan is looking to help thousands of actors better navigate their way through the commercial acting business by putting into practice the tips and information he has spent fifteen years discovering. Regardless of experience level, A SESSION DIRECTOR’S GUIDE TO COMMERCIAL ACTING IN L.A. contains insider knowledge that will help actors better understand the process and in turn be more successful. Shaan’s book features compelling illustrations by Paul Loudon. 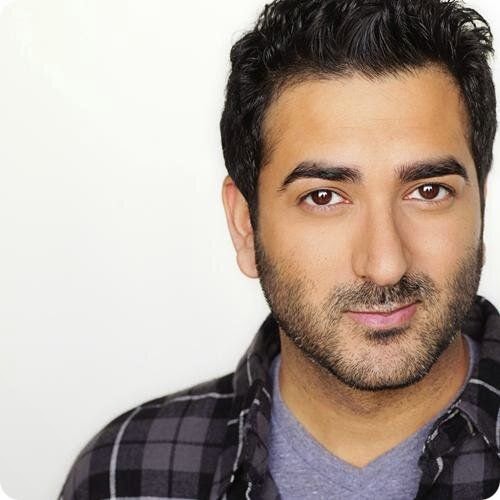 As an L.A. actor himself, Shaan Sharma has a string of impressive acting credits on network TV shows such as “Scandal,” “Ground Floor,” “Growing Up Fisher,” “Gortimer Gibbon's Life on Normal Street” and “The Thundermans.” Shaan’s commercial acting credits include spots for FedEx, Best Buy and Capital One - - but it’s his experience as a Session Director for hundreds of commercial castings that have given him unique insight into what it takes to be a working actor. He is also an acting teacher with regular scene study on-camera acting classes for film and TV as well as commercial acting workshops. For more information, visit Mr. Sharma’s official website: http://shaansharma.com and his book page at: http://shaansharma.com/Shaan_Sharma_Acting_Studio/shaans-book.php. He is also a columnist for Back Stage, an actor’s news source at: http://www.backstage.com/experts/shaan-sharma/.

Giveaway
Shaan is giving away one $25 Amazon Gift Card!

Terms & Conditions:
By entering the giveaway, you are confirming you are at least 18 years old.
One winner will be chosen via Rafflecopter.
This giveaway begins November 3 and ends November 29.
Winner will be contacted via email on Monday, December 1.
Winner has 48 hours to reply.

Good luck everyone!
ENTER TO WIN!

a Rafflecopter giveaway
at November 25, 2014