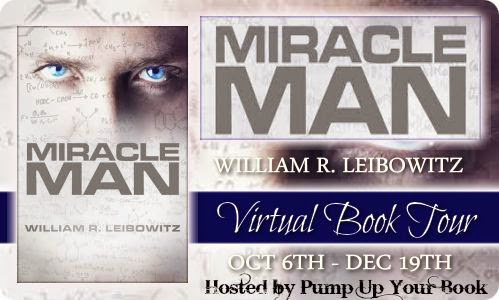 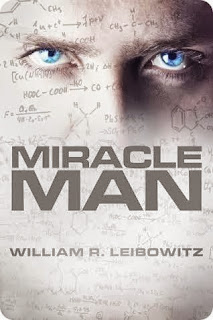 The victim of an unspeakable crime, an infant rises to become a new type of superhero.

Unlike any that have come before him, he is not a fanciful creation of animators, he is real.

So begins the saga of Robert James Austin, the greatest genius in human history. But where did his extraordinary intelligence come from?

As agents of corporate greed vie with rabid anti-Western radicals to destroy him, an obsessive government leader launches a bizarre covert mission to exploit his intellect. Yet Austin’s greatest fear is not of this world.

Aided by two exceptional women, one of whom will become his unlikely lover, Austin struggles against abandonment and betrayal. But the forces that oppose him are more powerful than even he can understand.
For More Information
Miracle Man is available at Amazon.
Pick up your copy at Barnes & Noble.
Discuss this book at PUYB Virtual Book Club at Goodreads.

Review
3.5/5
Robert was a foster kid with an older couple. He obviously is not an ordinary kid. While his parents are trying too figure out why he trances out and has nightmares. Finds out that he is beyond a genius. The doctors convince the parents to let him come to the Institute to learn and be near others like him.
After his parents die, he gets introduced to Joe. Joes teaches him about art, music and living. Joe convinces him that there is more to life than what he believes and has been taught. They want Robert to do all these things for them but he just wants to help others.
It was a great story. It was nice to read about someone who wanted to help make people better. The story was written well. It keeps you interested and moves at a decent pace. Also the story is one that most people can relate to. Definatly a book to read! 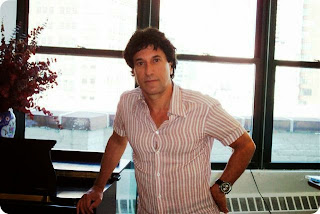 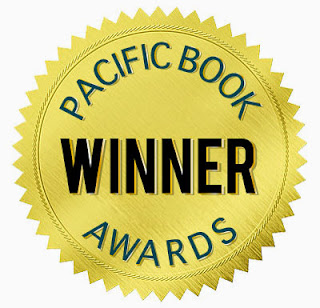 About the Author
William R. Leibowitz has been practicing entertainment/media law in New York City for a number of years. He has represented numerous renowned recording artists, songwriters, producers and many of the leading record companies, talent managers, merchandisers and other notable entertainment businesses. At one point, he was the Chief Operating Officer/General Counsel for the Sanctuary Group of Companies, a U.K. public company that was the largest ‘indie’ music company in the world (prior to its acquisition by the Universal Music Group).

William wrote Miracle Man because of its humanistic and spiritual messages and because he feels that in our current times – when meritless celebrity has eclipsed accomplishment and the only heroes are those based on comic books, the world needs a real hero –and that, of course, is Robert James Austin, the protagonist in Miracle Man. Miracle Man won Best Thriller in the National Pacific Book Awards.