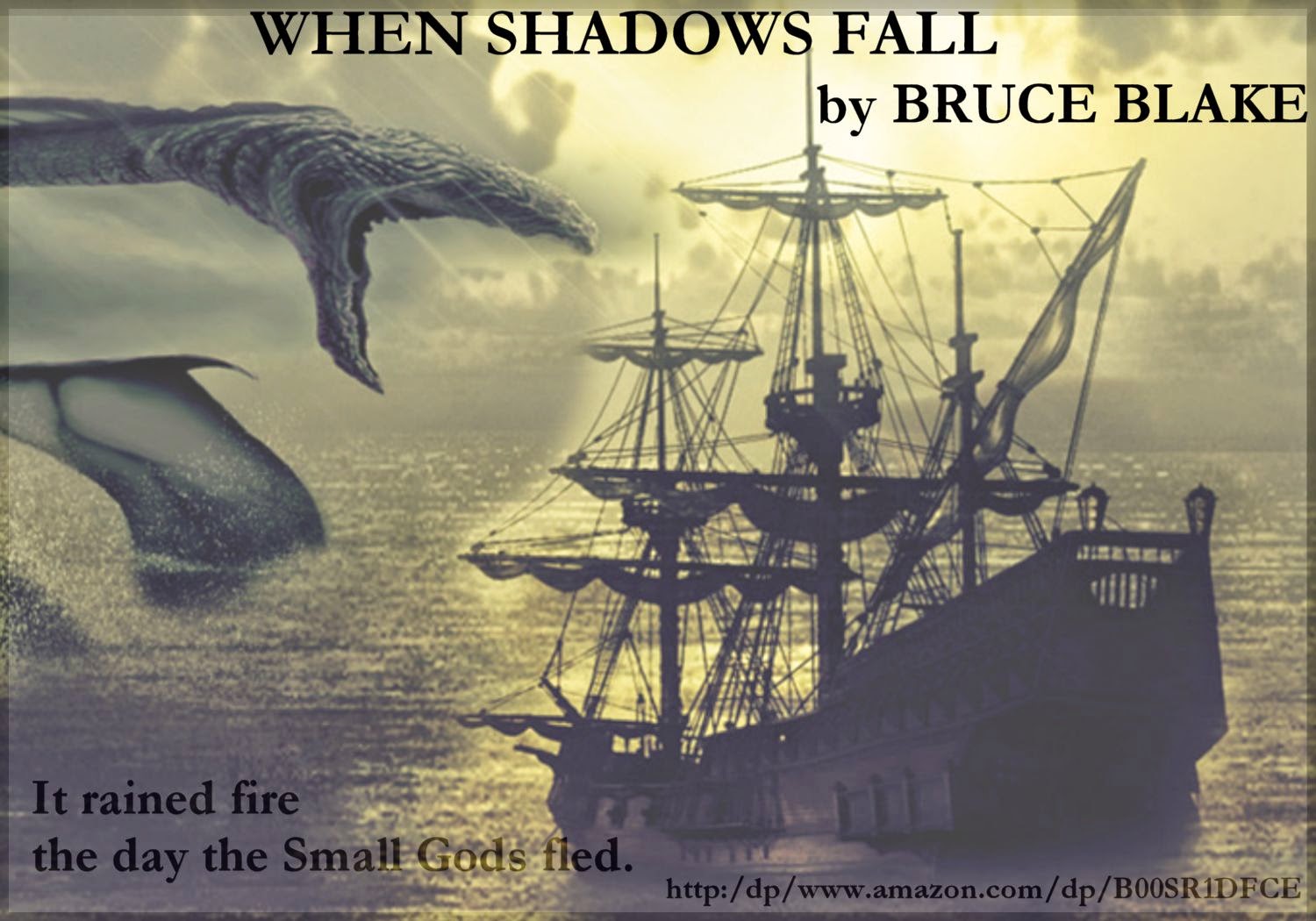 Blurb: A hundred times a hundred seasons have turned since the Goddess banished the Small Gods to the sky, leaving the land to mankind alone.

For Prince Teryk, life behind the castle walls is boring and uneventful until he stumbles upon an arcane scroll in a long-forgotten chamber. The parchment speaks of Small Gods, the fall of man, and the kingdom's savior—the firstborn child of the rightful king. It's his opportunity to prove himself to his father, the king, and assure his place in history. All he needs to do is find the man from across the sea—a man who can't possibly exist—and save mankind.

But ancient magic has been put in motion by a mysterious cult determined to see the Small Gods reborn. Powerful forces clash, uncaring for the lives of mortals in their struggle to prevent the return of the banished ones, or aid in their rebirth.


Named in a prophecy or not, what chance does a cocky prince who barely understands the task laid before him stand in a battle with the gods?

Bruce Blake lives on Vancouver Island in British Columbia, Canada. When pressing issues like shovelling snow and building igloos don't take up his spare time, Bruce can be found taking the dog sled to the nearest coffee shop to work on his short stories and novels.

Actually, Victoria, B.C. is only a couple hours north of Seattle, Wash., where more rain is seen than snow. Since snow isn't really a pressing issue, Bruce spends more time trying to remember to leave the "u" out of words like "colour" and "neighbour" than he does shovelling (and watch out for those pesky double l's). The father of two, Bruce is also the trophy husband of a burlesque diva.

Bruce's first short story, "Another Man's Shoes" was published in the Winter 2008 edition of Cemetery Moon. Another short, "Yardwork," was made into a podcast in Oct., 2011 by Pseudopod. Bruce's first Icarus Fell novel, "On Unfaithful Wings", was published in Dec., 2011 while the follow up, "All Who Wander Are Lost", came out in July, 2012. The third in the series, "Secrets of the Hanged Man", came out in July, 2013. The first part of his Khirro's Journey epic fantasy trilogy, "Blood of the King", was released Sept., 2012, book 2, "Spirit of the King," in Dec., 2012, and book 3, "Heart of the King," in Feb., 2013. The two books in the Small Gods series, "When Shadows Fall" and "The Darkness Comes", were released in 2013, after which Bruce took a year out to concentrate on his family and career. Book three in the Small Gods series is Bruce Blake's current project.