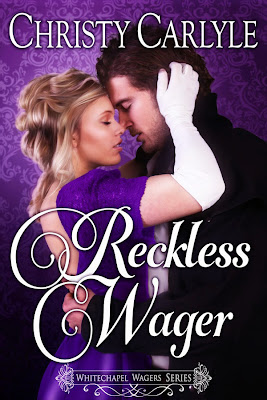 Unlucky in love and estranged from his family, Detective Sergeant Benjamin Quinn is obsessed with solving the Ripper crimes. When he’s suspended from the Metropolitan Police, it’s another failure in a long line of disappointments. But a new mystery arises when a beautiful widow shows up at the most infamous pub in Whitechapel seeking his help. He’s determined to assist Kate Guthrie, and equally determined to quell his growing attraction to her.

Kate Guthrie hides painful secrets from her first marriage and has avoided matrimony for nearly ten years. Now she’s finally decided it’s time to remarry and move on with her life, even if it means giving up the charity clinic work in Whitechapel that makes her days worthwhile. But when a battered young woman turns up at the clinic claiming to have been attacked by Jack the Ripper, Kate seeks out Detective Sergeant Benjamin Quinn, a man who sparks feelings in her too potent to deny.

Kate watched Detective Sergeant Quinn walk away. His tall, broad form and black coat were easy to spot, even in the early morning mist. His strides were long, his gait hurried, as if he wished to escape her as swiftly as he was able.

He would find Rose. Kate was certain of it. Even on short acquaintance, Kate sensed a deep vein of tenacity in Detective Quinn. It was something in his eyes. A hunger, a craving—a look she wouldn't soon forget.

She squinted. His dark form faded, becoming harder to see. The streets filled quickly with carts and carriages and pedestrians buying or selling goods. The fog still clung in corners and soon the detective, the first man who had kissed her on the mouth in nearly ten years, would merge with the London haze.

She started after him. In her practical boots, her stride was sure, and she caught up to Detective Quinn quickly.

She couldn't just let him disappear into the crush of Whitechapel. That figure, hunched against the wind, unmistakable with those wide warrior shoulders and hair that only revealed its true auburn color when a slice of sunlight broke through the haze. That less-than-a-gentleman detective sergeant who'd kissed her quite inappropriately and more deliciously than any man ever had.

The news that the fellow pushing his way through the throngs on Whitechapel Roadwas a police detective caused a bit of consternation among the crowd. Kate saw a group of men move away from Detective Quinn and a woman selling rags shouted something no lady would dare repeat. The man himself stopped his progress and watched her approach.

Kate slowed to a more ladylike pace and took a deep breath before she paused in front of Detective Quinn. He'd crossed his arms, and she could see the muscle in his jaw ticking where he clenched it. He was so tall; she took a step back to gaze up at him properly. Clear-eyed and clean-shaven, he exuded an air of confidence she hadn't seen in him the night before. The bluish shadow of a bruise marred the skin near his right eye and cheek, and Kate wondered again about how he'd been wounded. His eyes appeared darker in the daylight than they had in his dim lodging room, but perhaps it was just irritation that turned them a deeper blue. And he was irritated. She expected him to say so, but he simply gazed down at her so intently she was certain he would divine every secret she had ever stashed away.

"I would like to come with you to find Rose."

He moved, his chest heaving up and down, and Kate thought he might be on the verge of a coughing fit. Then she heard laughter bubbling up, a rich, deep chuckle that shook his whole body. His smile took her breath away. She felt dizzy, on the verge of giggling, but stopped herself. He was laughing at her, after all.

"I fail to see what is so amusing, Detective."

Kate took a step back when he reached for her, but he wouldn't be deterred. Detective Quinn moved closer, grasped her shoulders, and turned her around. He pulled her flush against his body, embracing her in his arms, surrounding her with his heat.

"Do you see that man across the way? Near the pub entrance?"

"Y-yes." Kate spoke through the shivers sparked by his nearness.

"He steals the lives of girls like Rose. Forces them onto the streets and then takes their earnings. Beats them, or worse, if they refuse to pay."

Kate tried to look back at the detective, but he'd bent his head close to hers. He whispered in her ear, warming her skin with his breath.

"And the woman over there, sitting on the pavement?"

Kate nodded, her hair brushing against his cheek.

"She's fresh out of Newgate. Though she looks old and broken, she's the nimblest thief I've ever known. Take care not to pass her on the street. She'll cut your purse from your skirt and you'll be none the wiser."

"I—" Kate opened her mouth to protest. She'd learned her lesson about Whitechapel early on and took care never to bring valuables with her when she volunteered at the clinic. She certainly wasn't fool enough to carry coin loose in her skirt pocket.

"See the boy. He's just under the stairwell, covered in grime. Rather blends in with the bricks and muck, doesn't he? Young Tommy Lark looks and listens. He listens to the streets for the King of Thieves and then he sings just like his namesake when he finds a likely mark. Be careful not to let him hear your address when you call it up to the cabbie. Especially if you've any valuables at home you'd care to keep."

Leaning to the right, he placed a finger under her chin, tilting her head toward him.

"You have no idea of the dangers all around you. If you did, you wouldn't walk these streets so blithely."


Buy the other books in the Whitechapel Wagers Series: 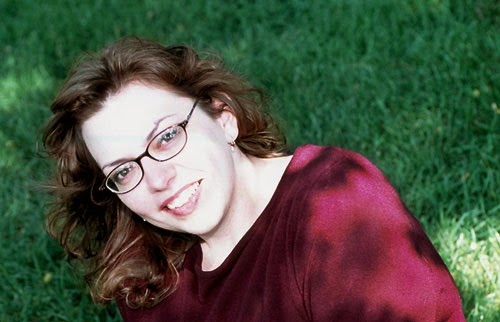 Christy Carlyle writes sensual, and sometimes downright steamy, historical romance, usually set in the Victorian era or Regency period. She loves heroes who struggle against all odds and heroines that are ahead of their time. A former teacher with a degree in history, she finds there is nothing better than being able to combine her love of the past with her die-hard belief in happy endings.