All this snow is seriously driving me crazy.  On Monday when my husband tried to go to work he got stuck half on the road/half on the driveway. So yesterday after my hubby shoveled behind his car, I shoveled the walk and half around my car. I think that counts as a workout lol. 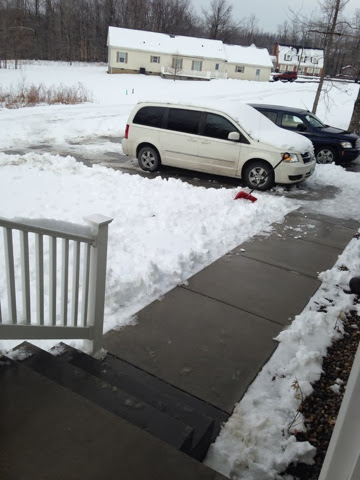 Doesn't it look so nice and clear. My back hurts this morning but now I know my kids can walk without falling. Well any more than they normally do.
The husband and I had a snow ball fight and let the kids come out and burn off some energy. After shoveling all the boys were clamoring for hot chocolate. Well thankfully I found a hot chocolate mix that is better than store bought packets. I found the Hot Chocolate Mix over at one of my favorite blogs Heavenly Homemaker. 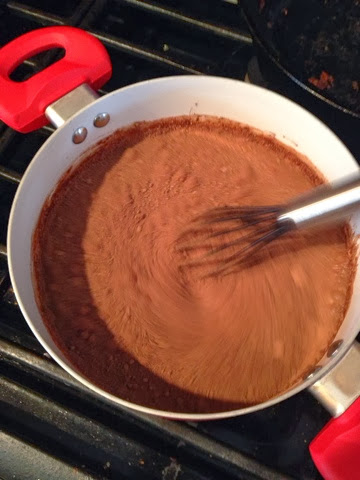 Its so simple just put the milk and the mix into a pot. Then whisk until its incorporated into the milk and its the right temperature for you. 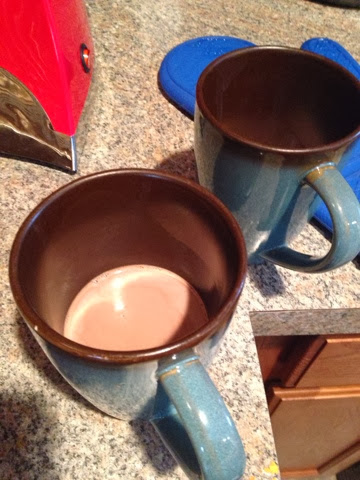 Here is mine and hubby's cups. Did not make enough for us and the kids.
This stuff is so chocolaty I am glad I was able to convince my family to drink it over packet stuff.
Then we decided to have family night. They just put The Croods onto Netflix so we bought some pizza and had dinner in the living room while watching a movie. We decided that twice a month we are going to do a family movie night. Hopefully we can move from movies to games in a few years but the boys are still a little to young to sit and play games.
What is your favorite family night activity?