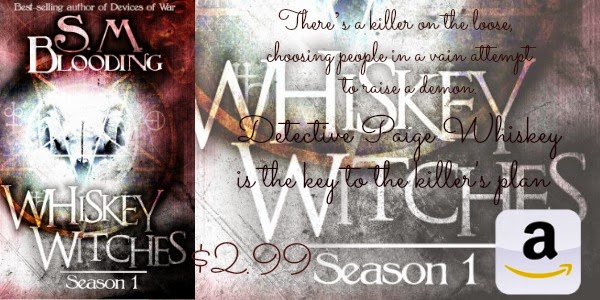 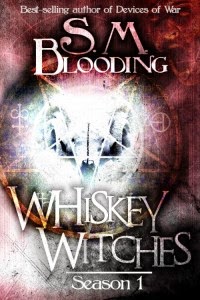 Detective Paige Whiskey comes from a long line of witches. They may not all be the most powerful, but they are outspoken and supportive of their community. She alone has no gifts. She can’t summon fire, can’t read minds. She knows the arcane. She’s studied it. That, along with her connection to the Whiskey Witches, lands her some pretty strange cases. Like the sacrificial murders of St. Francisville, Louisiana. There’s a killer on the loose, choosing people in a vain attempt to raise a demon. Not just any demon, though. A man born long ago, made a demon in order to protect the Gate to Hell. Together with demon hunter, Dexx Colt, her kitchen-witch grandmother, and her paranormal investigator brother-in-law, they unravel a conspiracy far bigger than a few simple murders, and re-discover Paige’s gift. She’s a demon summoner and she’s key to the killer’s plan.

Review
5/5
So i loved that the book started out with a soundtrack list. Its fun to see how the author got inspiration for writing their stories.
Anyway Paige is a detective. She gets called down to Louisiana to help on a case. It looks like someone has a plan for summoning something horrible and Paige has to figure it out.
Not only that, she is struck with something she does not understand. Her family has always been powerful witches. Se though has never had  power, until now. The thing is that she has always had this power but was made forget. She doe not have time to be mad or hurt. People are dying because of her.
I really loved this story. As soon as I started reading I found myself absorbed in the story all day. Paige is such an awesome leading lady. Even though she is dealing with her power and memories coming back,  she doesn't let it change anything. She knows she has a job to do and can not let her feelings overtake her. Dexx is pretty awesome! I found myself loving him as much as paige. I understood why her family did what they did, but it was sad. They all are these special peoples, but treat paige as something scary.
I love how the story was spread out over a few episodes. It was written so well that you never felt that there was to much filler. Everything that was in the story, was pertinent to the story. It was definitely a different take on demons. I liked how they were explained.
This story has a supernatural feel which I think is so fun. While reading it I felt like I was watching a few episodes. It made me laugh. I felt my heart strings being pulled. I felt the angry Paige felt when everything came back to her. The betrayal by the people she loves. I loved the emotional journey that I went on and hope you give these characters a chance. They are amazing.
You will find your self searching out for the next episode because they are just that good!.

Find out more about her at:

Enter to win one of five Whiskey Witches episode 1 ebooks a Rafflecopter giveaway
at January 27, 2015