Welcome to the Blackbird Security Firm.

Several years ago, a group of lonely shifters came together during their service with the Royal Marines to create a strong, intimidating unit of special operatives. Now outside of the military, the pack has reformed as a security firm dedicated to rescuing those in danger.

They’ve lived their lives as outcasts from their own individual species of shifters choosing to form a family with each other instead.

Follow the Blackbird pack as they fall victim to love one by one.

Can they guard their own hearts? 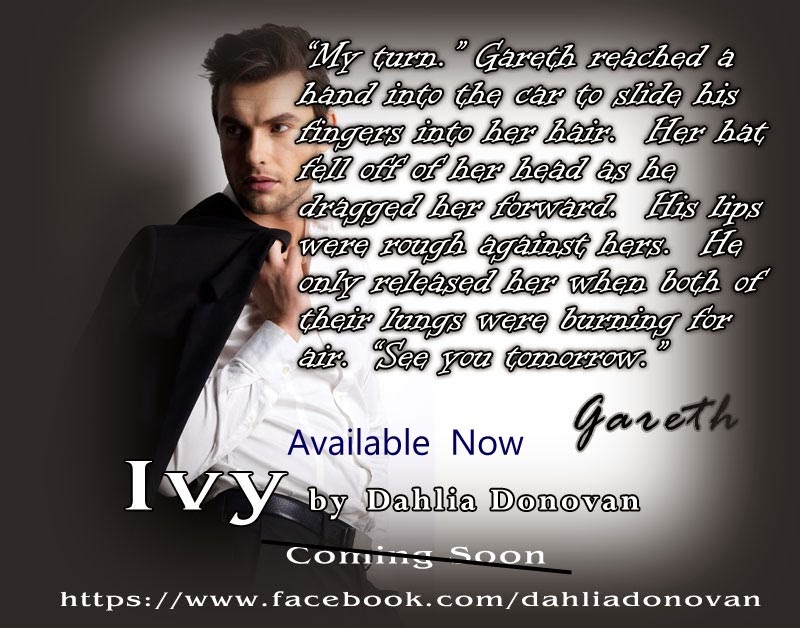 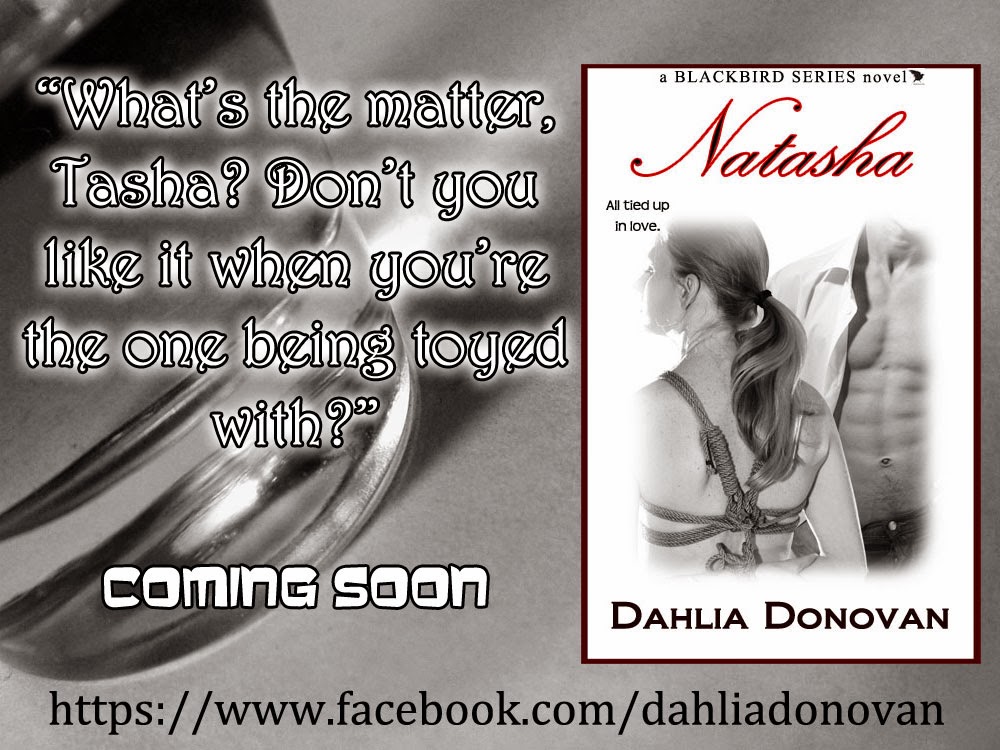 “She said no.”
“Who said no to what?” Natasha asked.
“Ivy. We told her to marry us,” Steve growled angrily as he paced the room like a caged animal.
“You told her to marry you?” Darren shook his head with a pained groan. “What was her response?”
“‘I’m not marrying two overgrown gits who think they can demand my hand in marriage.’” Steve breathed out a deep sigh and reached out to smack Gareth on the back of the head. “We are idiots.”
“Yes.”
“What woman wants to be demanded to do anything? Especially your Ivy.” Natasha frowned at the alpha. “You ask, and then pray she says yes.”
“Bugger.” Gareth stared down at his phone. “She’s going to a masquerade party in Monte-Carlo with Allie.”
“Please don’t tell me…” Steve stared over at his partner.
“Alim’s taking them.” Gareth crushed the mobile in his hand. He glanced over at Darren. “Book two tickets on the next flight.”
“Don’t bother.”
The shifters in the room all turned their heads to where Ivy’s best friend Allie stood in all her regal glory.  She looked like she belonged on the throne of some Persian kingdom.  Her long black hair contrasted beautifully with the warm gold tones of her sun-kissed skin.  Her light brown eyes were piercing and currently flashing with anger at the moment.  She ignored Darren and Natasha to focus on the wolves.
“You will be traveling on my father’s plane and you will behave yourselves. Once at the ball you will find an opportunity to not only apologise but propose properly to my best friend or I will have Uncle Alim bury you in the sand somewhere.  You know how much he adores Ivy. I have no doubt he’d find a way to soothe the pain in her heart at your demise.” Allie raised a slim eyebrow at the two men. “Well? Get your arses in gear; you have a few hours to find suits, masks and a ring, a proper ring.  And if you ever make her cry again, Uncle Alim won’t have to kill you. I’ll do it.”
“Alicia.” Josh smiled down at the petite woman as she stormed past him. She stopped to smile up at him then continued on her way.  He whistled as the door slammed behind her. “What a woman.” 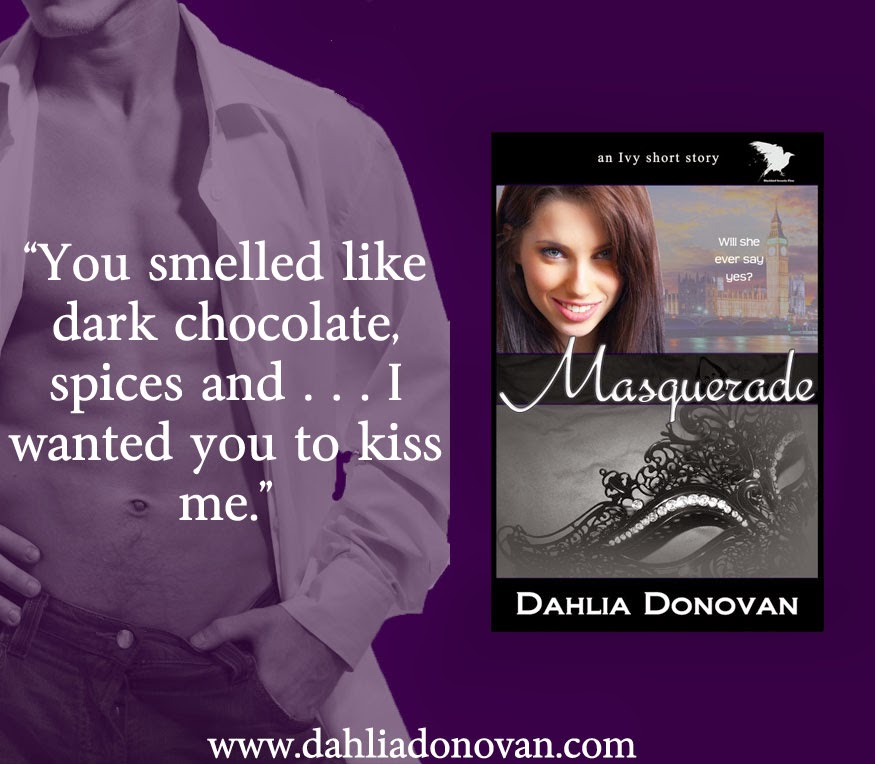 Books In the Series

Dahlia Donovan started out working in the insurance world. After ten years, she morphed her love of investigating accidents and studying people into writing about them. She's a bit of a hermit and despises being in front of a camera. Her life wouldn't be complete without her husband and her massive collection of books and video games.

Her first novel Ivy started out as a crazy dream which she turned into an adventurous and suspenseful paranormal romance. Her second novel Natasha was released at the end of August.

A third novel in the Blackbird series, Alicia, will come out in 2015. 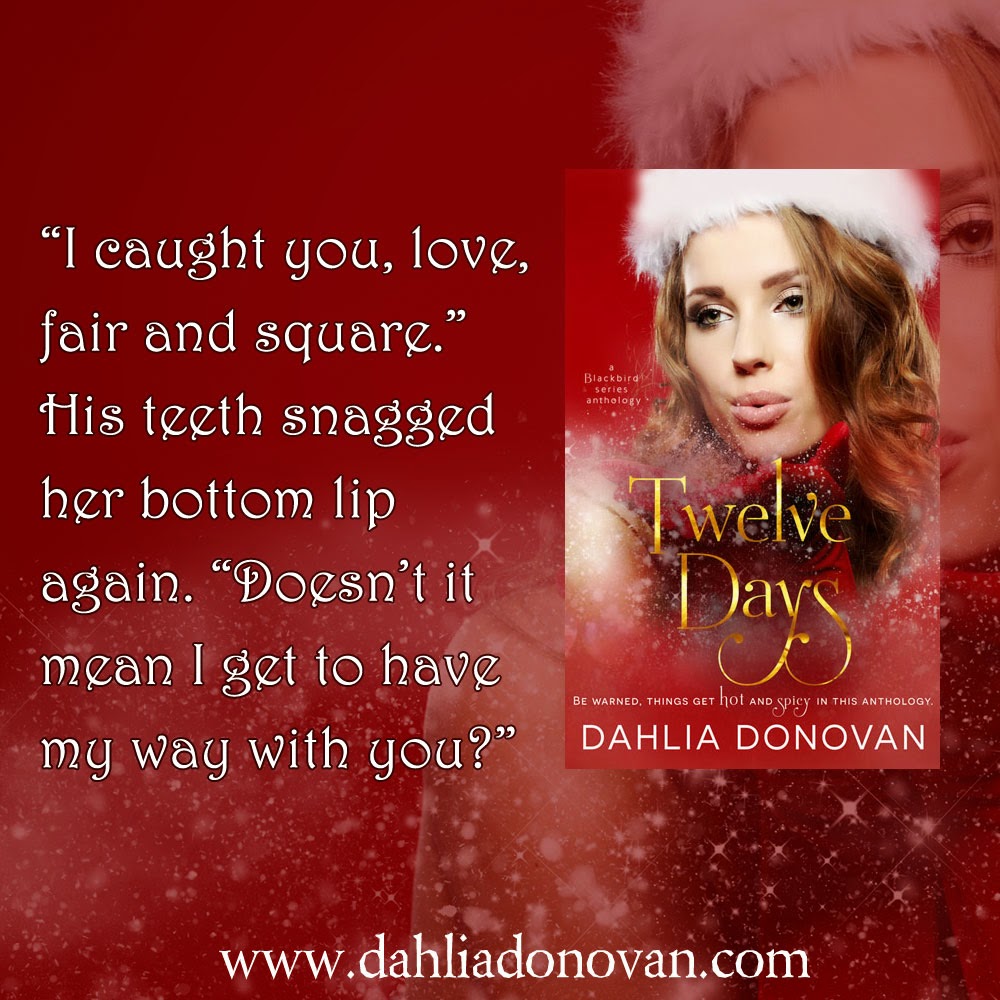