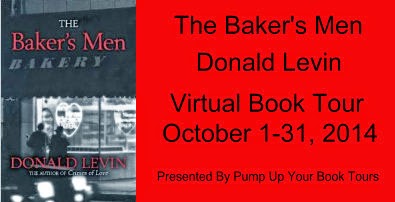 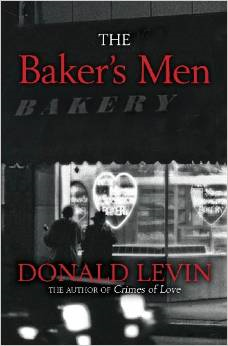 Easter, 2009. The nation is still reeling from the previous year’s financial crisis. Ferndale Police detective Martin Preuss is spending a quiet evening with his son when he’s called out to investigate a savage after-hours shooting at a bakery in his suburban Detroit community. Was it a random burglary gone bad? A cold-blooded execution linked to Detroit’s drug trade? Most frightening of all, is there a terrorist connection with the Iraqi War vets who work at the store?

Struggling with these questions, frustrated by the dizzying uncertainties of the case and hindered by the treachery of his own colleagues who scheme against him, Preuss is drawn into a whirlwind of greed, violence, and revenge that spans generations across metropolitan Detroit.

The man hurried along the sidewalk on the other side of the street with both hands clasped on top of his head. He looked like he was trying to keep his scalp from floating away.

“Hold it, baby,” Jared Whalen murmured into his cell phone.

He watched the man lurch past the cooling units of the Foodland, then dodder out of his line of vision. He had parked his scout car in the lot of the Ethiopian restaurant across from the supermarket to make his call.

Burly in his Kevlar and with close-cropped blond hair, Whalen put the cruiser in gear and eased up to the edge of Nine Mile Road. The financial meltdown of the previous year brought a spike in B&Es around Ferndale and neighboring Pleasant Ridge, so they were all warned to be alert for anything unusual.

Case in point: this guy.

As he watched, the man continued down the sidewalk, more or less in a straight line.

Seems harmless, Whalen decided, and settled back. This character might just be a bit tipsy, maybe got over-served at Rosie O’Grady’s down the street and started to walk home. At least he wasn’t lit to the point where he was weaving all over the place so he’d step into traffic and become Whalen’s immediate problem.

“What’s the matter, sugar?” the woman on the phone said. “Nothing more to say to me?”

Whalen smiled at the petulance in her voice. He turned his attention from the man on the sidewalk and pictured her pillowy red lips drawn in the pout he loved. He met her last Valentine’s Day when he stopped her for speeding on Woodward, and one thing led to another and now they were dating. They hadn’t spoken all day because her ex never picked up their kids as he promised he would so she was busy with the two girls. But now they were asleep and she could talk freely.

He went on with her for another ten minutes until the Dispatcher’s voice broke in.

Whalen sighed. 10-56, intoxicated person. The 7-Eleven was four blocks west of where he was parked. Probably the guy he just saw walking down the street. No big deal, but still.

Reluctantly he said goodbye to his sweetheart and told the police radio, “Unit 1267 responding.”

He swung the cruiser onto Nine Mile toward the convenience store.

“Did you see him?” Nadine Kotter asked.

“Guy I called about. He just took off.”

No one was inside or outside the store. Whalen walked around the side of the building and checked behind the dumpster. Nobody there.

Out front again, he said, “I don’t see anybody, Nadine. What’s going on?”

Standing in the doorway, she sucked the last of her cigarette and backhanded it onto the blacktop. She was a tough-looking woman with spiked hair bleached white and tattoos of roses twined among her knuckles on both hands. Whalen liked to stop in to say hello and share a smoke on quiet nights.

“Guy comes into the store and starts mumbling some shit about the bakery.” Her words came out in staccato bursts of smoke. “I go, ‘Dude, what are you talking about,’ and he’s all, ‘The bakery, the bakery.’”

“I know, and this guy seemed pretty jumpy. But then he goes, ‘Police.’ Then he’s back outside sitting in the corner, and in another minute he’s up again and walking away.”

“Up Pinecrest.” She pointed around the corner of the store.

Whalen stared at her.

“I’m serious. Like he took a shampoo in it or something.”

“We’re talking about a stocky black male, dark sweatshirt and levis? Walking kind of like he’s in a daze?”

“Further up the street I did, yeah. There was blood on his head?”

“Uh, hello?” Nadine gave a loose wheezy laugh, like a bag of gravel shifting in her chest. “The whole right side of his face was covered with it.”

The right side . . . the side away from Whalen.

“I thought he might have fallen, maybe hurt himself. Anyway he didn’t seem right so I called it in.”

“Where was he sitting?”

“Over there.” She pointed toward the metal rack that held propane tanks at the far side of the store.

In the white glare from the overhead lights Whalen saw spots on the ground beside the rack. He swept his flashlight beam over the area. Definitely blood.

A second blue-and-white rolled up and another patrol officer stepped out adjusting the gear on her belt. Gail Crimmonds was a substantial woman with dark hair pinned back and skeptical eyes. Whalen filled her in quickly and asked her to take Nadine’s statement.

He jumped into his scout car and wheeled it around the lot and out to Pinecrest.

He eased the car north, scanning the empty sidewalks and pausing at each corner to shine his spotlight down the side streets. When he reached Blair Park, he figured the guy could be anywhere inside the dark grounds so he made a Y-turn back toward Nine. He called Dispatch and asked for assistance to search the neighborhood.

At the traffic light on Nine he took a left and drove east, picking up speed as his unease grew. The only bakery left in Ferndale was the Cake Walk, near the southeast corner of Nine and Planavon. There used to be two but the other one went bust the summer before. Most Ferndale businesses weathered the financial crash but a few, like the other bakery, couldn’t hold on and now there were empty stores like missing teeth around the downtown.

He skidded to a stop in front of the Cake Walk facing the wrong way on Nine. The street was deserted and dark except for the lights at Rosie’s down toward Woodward.

The front selling area of the store was empty, with bare display counters and shelves. The front door was locked.

He saw a light glowing in the rear so he trotted around to the back of the building. The bakery was the third business off the side street, beside two restaurants closed for the night.

He pulled at the handle of the steel rear entrance to the Cake Walk and the door opened.

He drew his duty weapon and stepped inside. A short corridor from the door to the back room ended at a partition that blocked his view.

He heard no sounds except the pounding of blood in his head and the knocking of his heart.

He stood for a moment, quieting his breathing, getting himself ready for what he might find, and looked into the workroom.

Lit by overhead fluorescents, the scene took his breath away.

He struggled to stay upright against the partition. He stood like that until the room stopped spinning.

Then he pulled himself together to call it in. 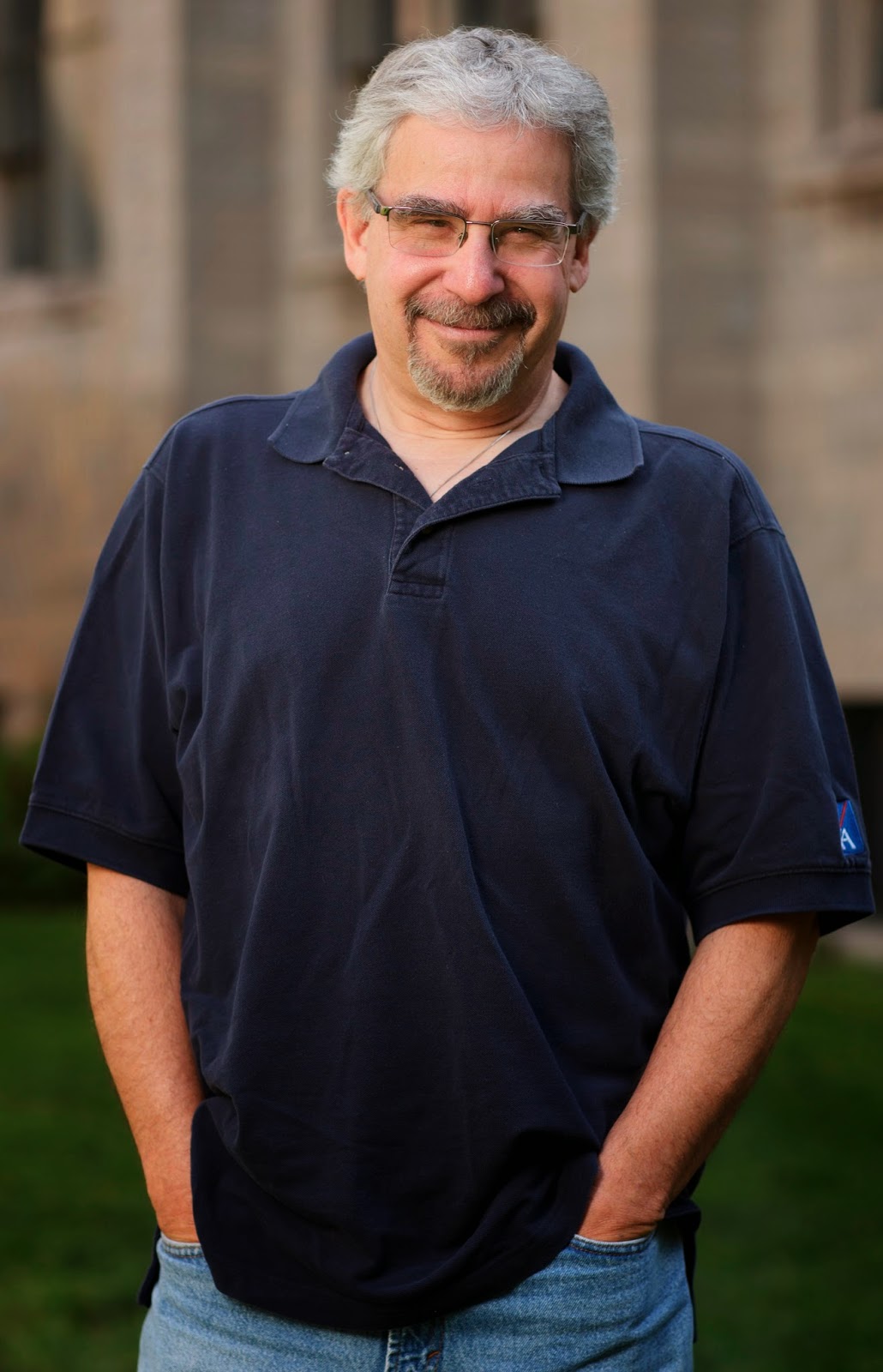 About the Author
An award-winning fiction writer and poet, Donald Levin is the author of The Baker’s Men, the second book in the Martin Preuss mystery series; Crimes of Love, the first Martin Preuss mystery; The House of Grins, a mainstream novel; and two books of poetry, In Praise of Old Photographs and New Year’s Tangerine. Widely published as a poet and with twenty-five years’ experience as a professional writer, he is dean of the faculty and professor of English at Marygrove College in Detroit. He lives in Ferndale, Michigan, the setting for his Martin Preuss mysteries.