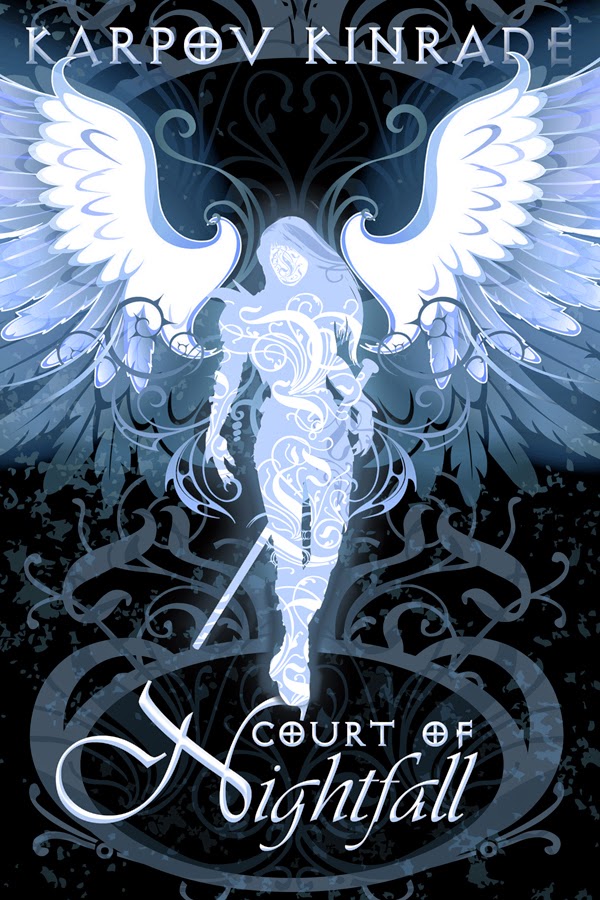 Court of Nightfall by Karpov Kinrade is coming December 14, 2014!

Fans of Karpov Kinrade’s bestselling Seduced and Forbidden series will be STOKED—this is the launch of a whole new urban fantasy series based in the Seduced/Forbidden world, but with all new characters and story lines!


Check out the blurb for Court of Nightfall:

I've spent my life in shades of grey. It wasn't until I died that my world filled with color.

That night, I still lived in black and white.

There was a full moon. Full and looking as if it had been rolled in powdered sugar then plopped back into the sky, so that a white dusting shone around it like a halo.

Now I know the truth, but it is shrouded with lies.

Now I can see the world in color, but it is covered in shadows.

Now, I must find the monster that killed my parents.

And when I do, I will use my new powers to seek vengeance. A life for the lives that beast stole from me.

I am no longer just Scarlett Night, the color-blind girl who dreams of flying.

Now, I am Nightfall—a fallen angel with a lust for blood. And I shall have my revenge.