Western & Historical Tour. Plus a Review of The Special Interior. 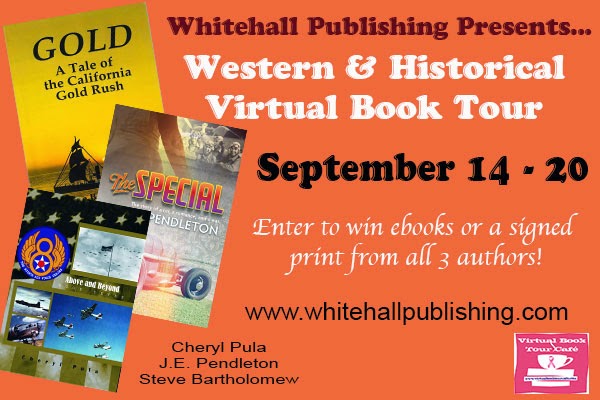 In the year 1850 Marcus Gale must get out of New York due to some unfortunate gambling debts. He takes passage on a sidewheel steamer headed for the California gold rush. He's signed on as stoker, without knowing what that is. In the three month voyage to the new land, he works his way to assistant engineer, is nearly killed, foils a kidnapping, and brings gold to California, among other adventures.

The author was born a long time ago. He spent three years in the US Army where he learned a lot of vital skills, such as how to use a soldering iron and screwdriver, as well as how to make the bed, mop the floor, and wash dishes. He grew up and spent most of his life in San Francisco. After obtaining a useless liberal arts degree, he became a social worker and did more than 20 years in the mean streets of New York City, San Francisco, and rural California. He is now devoted to writing books, which he should have been doing in the first place. He has written some science fiction and fantasy, but is now mainly interested in tales of the Old West. In this case, The Old West means California, Nevada, and especially Old San Francisco. Steve has currently eight novels in print, with a ninth, “The Inventor,” due for publication by September 1. Two others are completed and in the pipeline.

A call from a stranger leads me on a journey I could never have imagined. The caller said he had my uncle’s car. How could this be? My uncle died in WW II when his plane was shot down over the Bay of Biscay off the coast of England. After some questioning I realized I had the opportunity of a lifetime. An opportunity to learn a bit about the uncle I had heard about my entire life, an uncle who died 3 years before I was born, an uncle I had always wanted to know more about. I also was being given the gift of a car that had been built by this uncle’s own hands and the hands of those he had been close to in his final years. The real treasure was the bond I formed with a man and the incredible story he told. The story of my uncle, the building of the car, and the people they both loved.

The Special is a fact based novel; the story of family, love and trust in the face of worldwide catastrophe. In 1941 Billy Pendleton hitch-hiked to California to seek his fortune not knowing what the future held. After encouragement from his new found friend and landlord he is soon building an automobile to set speed records and rubbing elbows with some true legends of motor racing history. Into this heady world walked the woman that would change his life forever. As the car is built romance blooms and the world slips into a war that will touch every person on the planet.

Review
4/5
This was such a good story. I loved how it meant so much to the author. You do not see many authors who write out their books on paper and then type them up. This story is fact based about the authors uncle. In 1941 he hitchhikes to California and finds the encouragement to build a vehicle  that breaks records. Then many years later he gets a call about his uncles car and he can have it if he listens to the story. Not only does he find an amazing car but also family.
I just love this and you can tell that this story is one that is written with love.  good read if you love history and family!

J. E. (Jim) Pendleton was born and raised in Fort Worth, Texas. He has had an interest in automobiles and history for most of his life. He spent several years as an SCCA road racer and a lifetime involved with hotrods. It wasn’t until after he retired from a long career in the telecommunications industry that Jim decided to pursue another of his dreams and write his first book.

His first novel, The Special, was born from his love of family, hotrods and history. These are topics that are sure to be the center of future works. He is currently working on a series of novels where a young China Marine watches regional conflict explode into what becomes World War II. Jim has long considered World War II the single most important historical event of the twentieth century. His father fought in the Pacific and his uncle, Billy Pendleton is the main character in The Special and was lost in the Battle of the Atlantic.

Book Description: This is the first in a series of 7 books on the B-17 bomber crews in World War II England. All the “action sequences” are based on the actual experiences of men who flew with the 8th in the war, and were personally interviewed by the author. The story begins:

It was February 1942 when two future B-17 pilots began their training from Primary to Advanced Flight School where they become best friends. Join Captain Jack Harrington (age 22), the pilot, a Nebraska farm boy; Lieutenant Matt Moore (age 21), the copilot who is half Cheyenne Indian; Lieutenant Dale Kennedy (22), the navigator, a high school teacher; Lieutenant Kenny Donnelly (21), the bombardier, the son of a multimillionaire; and gunners that include Sergeant Keith McNeil (24), a career Army man; Sergeant Greg Cerminaro (19), a college student until the war intervened; Sergeant Al Schulze (19), a bottle capper from a Wisconsin brewery; Sergeant Joe Angelino (21), a longshoreman; Sergeant Jim Robinson (20), a truck driver, and Sergeant Tad Furmanski (18), a Polish national who survived the horrors of the Auschwitz death camp, as they move to England and become members of the 324th Squadron of the 91st Bombardment Group (heavy), stationed at United States Army Air Force Station #121. Fly with the rookies through their first mission to bomb German airfields at Romilly-Sur-Seine, France, on December 20, 1942. Listen to their reactions to the shock of combat and relate what it is actually like to fly dangerous daylight precision bombing missions.

A native of New York Mills, New York, Cheryl Pula is a retired Reference Librarian. She is a Regents graduate of New York Mills Jr.-Sr. High School, with a concentrate in science and mathematics. Cheryl attended Mohawk Valley Community College in Utica, New York, where she received an Associate Degree in Liberal Arts, then went to SUNY Oswego, where she earned a Bachelor of Arts Degree in the Russian Language with a minor in German. She was on the Dean’s List at both schools. After substitute teaching in the New York Mills Union Free School District for five years for both foreign language and special education classes, she went back to school and received a Master’s in Library and Information Science from the University of Michigan in Ann Arbor, where she is a lifetime member of the University of Michigan Alumni Association. Her first library position was as the supervisor of the Lending Department at the Mid-York Library System in Utica, where she performed all the reference work for the system’s 43 member libraries. After almost ten years, she became the Head of the Adult Services Department at the Utica Public Library in Utica, then in 1987, the Reference Librarian at the Dunham Public Library in Whitesboro. Though officially retired in August 2011, she now works part-time at the New York Mills Public Library in New York Mills, NY.

In 1988, she was awarded the New York Library Association’s Intellectual Freedom Award. She served on the Board of Trustees of the New York Mills Public Library. Cheryl also teaches for the Mohawk Valley Institute for Learning in Retirement at SUNYIT in Marcy, New York, teaching a variety of historical subjects to retirees who are interested continuing their education. She has taught courses on unsolved historical mysteries; the American Civil War; World War II; The Titanic and several other topics.

Cheryl was a founding member of the New York Mills Historical Society, and served as its first president in the late 1970’s. She is currently the village historian of New York Mills and President of The History Club, which she founded in Whitesboro in 1995. She is the club’s newsletter editor. She is also the founder, current secretary and newsletter editor of the General Daniel Butterfield Civil War Round Table in Whitesboro. She is a member of the American Legion Auxiliary of the Arthur Moran Post #66 in Camden, New York, as well as an honorary member of the Memphis Belle Memorial Association of Memphis, Tennessee. She is known around the central New York area for presenting a number of historical lectures (89 to be exact!) on topics from the Titanic to the first moon landing in July 1969. Cheryl was elected “Historian of the Year” by the Oneida County Historian’s Association in 2006. In 2010, she was listed in Who’s Who In America.

She is an author, having written on Irish immigrants to the Utica area in a book entitled Ethnic Utica, published in 1994 by Utica College. With her brother, she is co-author and co-editor of a book on the Civil War regiments from Oneida County, which was published by the Eugene Nassar Ethnic Studies Department of Utica College in November 2010 entitled, With Courage and Honor: Oneida County’s Role in the Civil War. She is a contributing author, co-editor and served as proofreader for The Polish-American Encyclopedia, published by McFarlane Publishers in January 2011. For her work on the Encyclopedia, she has just been awarded the Polish-American Historical Society’s Distinguished Achievement Award. She is author of a novel, the first in a proposed series about Eighth Air Force bomber crews in World War II England, titled The Children’s Crusade, was published in October 2011 by Whitehall Publishing. At this point, six more have been published: The Ragged Irregulars (April 2012); The Rookie (July 2012); A Wing and a Prayer (January 2013); Maximum Effort (July 2013); The Dogs of War (January 2014) andAbove and Beyond (July 2014). The eighth in the series, Some Gave All is currently in the writing stage. 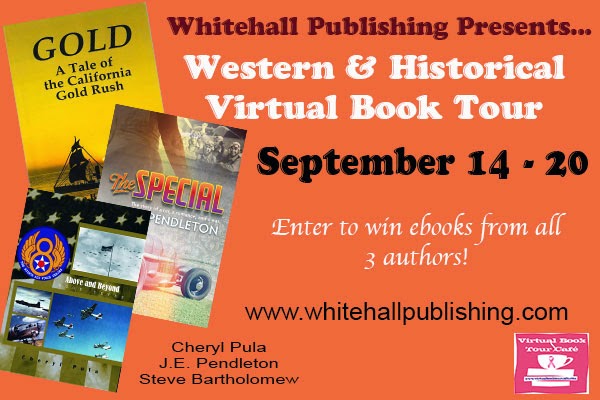