The Big Disrupter Book Spotlight! Plus an Amazing Giveaway 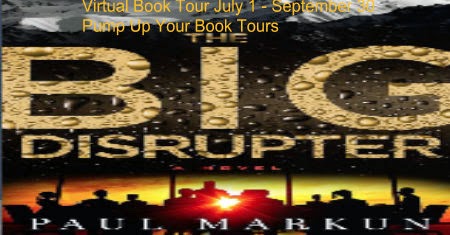 An anonymous donor creates a prize for One Billion Dollars to inspire social entrepreneurs to promote world change. Lionel Lane, an idealistic entrepreneur, partners with his brilliant ex-girlfriend Maxine Gold to turn around his struggling San Francisco-based company Double Vision Beverages to compete for the Big Disrupter Award.

With the help of a venture capitalist and an eccentric financier, Double Vision expands into energy drinks using the pure water from the mountains of Telluride, Colorado. Talented 21-year-old extreme skier, Reddi Christiansen, becomes the face of their quest for the youth market.

One by one the leading competitors in the Big Disrupter fall victim to unexplained tragedies. The police are mystified. The prize for social good becomes a death trap, but too rich to resist. Desperate for protection, Lionel, Maxine and Reddi enlist a former Navy SEAL cyber guru. The faster they race towards the approaching award deadline, the more the escalating dangers threaten to spin them off a cliff.

Reddi Christiansen’s work clothing was in a heap at her feet. She peeled off her bra and underpants and threw them on top with relish. A breeze came through the open windows and she shivered, her long red ponytail shaking down her back. Crap, she forgot to close the curtains.

“Wolfie, scare them away,” Reddi whispered. Wolfie stretched her long frame, pushing her huge chest and front paws forward, extending like a telescope. Her deep howl rumbled the old glass panes in the one room house.

Reddi laughed and rubbed her fingers through Wolfie’s fur. Turning her back to the windows facing the quiet street, she pulled on her stretch shorts, hopping from one foot to the other. She tugged her sports bra and tank top over her broad freckled shoulders.

“Fine, we’re respectable now. You ready to run to the top of the pass?”

Wolfie jumped up. The fur covering her one hundred twenty pound frame was snow-white. She sat and cocked her head to the side, tuning her vertical ears towards Reddi. The black markings around her curious blue eyes created a theatrical mask on her white face. She was a Wolfdog. Part Arctic wolf, part Siberian husky, and every bit Reddi’s best friend.

“Okay, get your leash.” Wolfie sprung over and picked up her leash, swinging it like a lasso. Then she pranced and juked side to side, with motion as fluid as mercury.

“Save some for 13,000 feet, darling,” laughed Reddi. The old door creaked as it opened. Wolfie rushed onto the weathered front porch, leaping over a hand-drawn railing. As she landed she spun about, kicking up a dusty cloud in the dirt street.

Reddi rolled her mountain bike into the bright sun, the warmth feeling glorious on her skin. She slipped on her riding shades and pulled her ponytail out the back of her helmet. She glanced down the row of cribs along her street. Each was small with simple wood framing, former bordellos where madams entertained during the town’s boomtown mining era.

A mahogany-tanned guy with a shock of curly black hair was loading a hang glider on his truck. She waved. “Hey, Crazy Jack.”

He paused, balancing the kite with one hand on the rack. “Heading up, Reddi?”

“Yeah, me and Wolfie. To Imogene Pass.”

He shoved the kite on the rack and walked towards her, thick calves below his baggy shorts. “Good news. The new demo skis from Volkl came in. Your comps. Maybe come by the ski shop after your ride?”

“Whoohoo! For me? Really?” With a quick crank she glided over, standing on one pedal. Wolfie playfully circled them.

“I promised. No way a skier like you should have to buy skis. This winter fifty people will come buy a pair from me, because they saw you on them.” His face crinkled in a smile around his mountaineering sunglasses, which made him appear a decade younger.

“You’re the best.” She threw her arms around his shoulders and squeezed, her six-foot frame a half-foot taller than his.

Reddi knew Jack often had free deals for her. But she didn’t realize how special he believed her to be. He had watched her outcompete the boys in adventure sports since she was eight. Then she blossomed. With the face of an unaware movie star, from the cliff-launch cheekbones, perfect complexion to waves of red hair. He smiled at her like a proud uncle.

She shook her bike handlebars, like Wolfie wagging her head. “When should I come by your shop?”

“Whenever. After your ride or after work. I’ll be there.”

“See you then. So excited, Jack!” Reddi beamed a megawatt smile, feeling like a kid at Christmas. She launched up the dusty street with a hard push and a wheelie, whistling at Wolfie.

Crazy Jack couldn’t help but admire the muscular arms pulling on the handlebars, and the sculpted hips and calves cranking effortlessly. “One hell of an athlete,” he muttered, shaking his head.

In six blocks Reddi and Wolfie had passed through town and reached the former mining road that would lead them to the top. She called, Wolfie ran closer, and she grabbed the leash and stuffed it into her Camelback. She started the timer on her sport watch and immediately increased her pedal speed. The air smelled like spruce trees. She breathed deeply and pushed herself to break her personal best. As she rode she dreamed of being an Olympian. 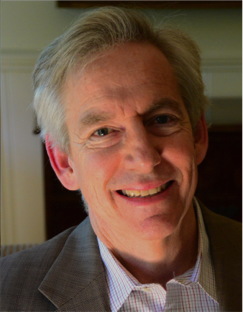 Paul Markun grew up an entrepreneur and dreamer, starting with his first paper route at age nine in the Canal Zone of Panama.

Living in Telluride, Colorado, he started four companies with best friends before he was 24, including Fly By Night Builders, The Illusions Company, High Country Trekkers–you get the idea; great names, cool ideas, not much income.

He moved to Silicon Valley, got more education and tech experience, and started SoftIRON Systems and Fullspeed Networks, and rode the wave of the late 1990s to success. He sold SoftIRON Systems to the Williams Company (WilTel), a Fortune 300 company. In 2001 his company Fullspeed was acquired by Callisma, which became Pac Bell and then AT&T. You know them, right?

In the first decade of the 2000s, he joined fellow entrepreneurs to lead marketing for Netcordia, which later IPO’d as Infoblox (NYSE:BLOX). He also ran marketing for Sitecore, a web software company, growing it 10 X from an $8 million fledgling niche provider to an established global corporation. Paul continues to be involved with emerging companies to this day.

Paul met his wife Rachel, an attorney, when he was 18 and she was even younger at the University of Chicago. Their fountains of inspiration are their two sons and a daughter.

A passionate story teller, he turned his energies to writing about topics and characters close to his own heart. His first novel is The Big Disrupter.

Author Paul Markun will be giving away a $100 Amazon Gift Card during the virtual book tour.

§ By entering the giveaway, you are confirming you are at least 18 years old.

§ One winner will be chosen via Rafflecopter to receive the prize.

a Rafflecopter giveaway
at September 22, 2014