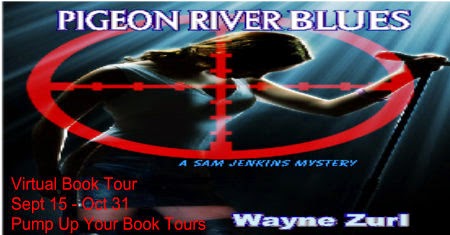 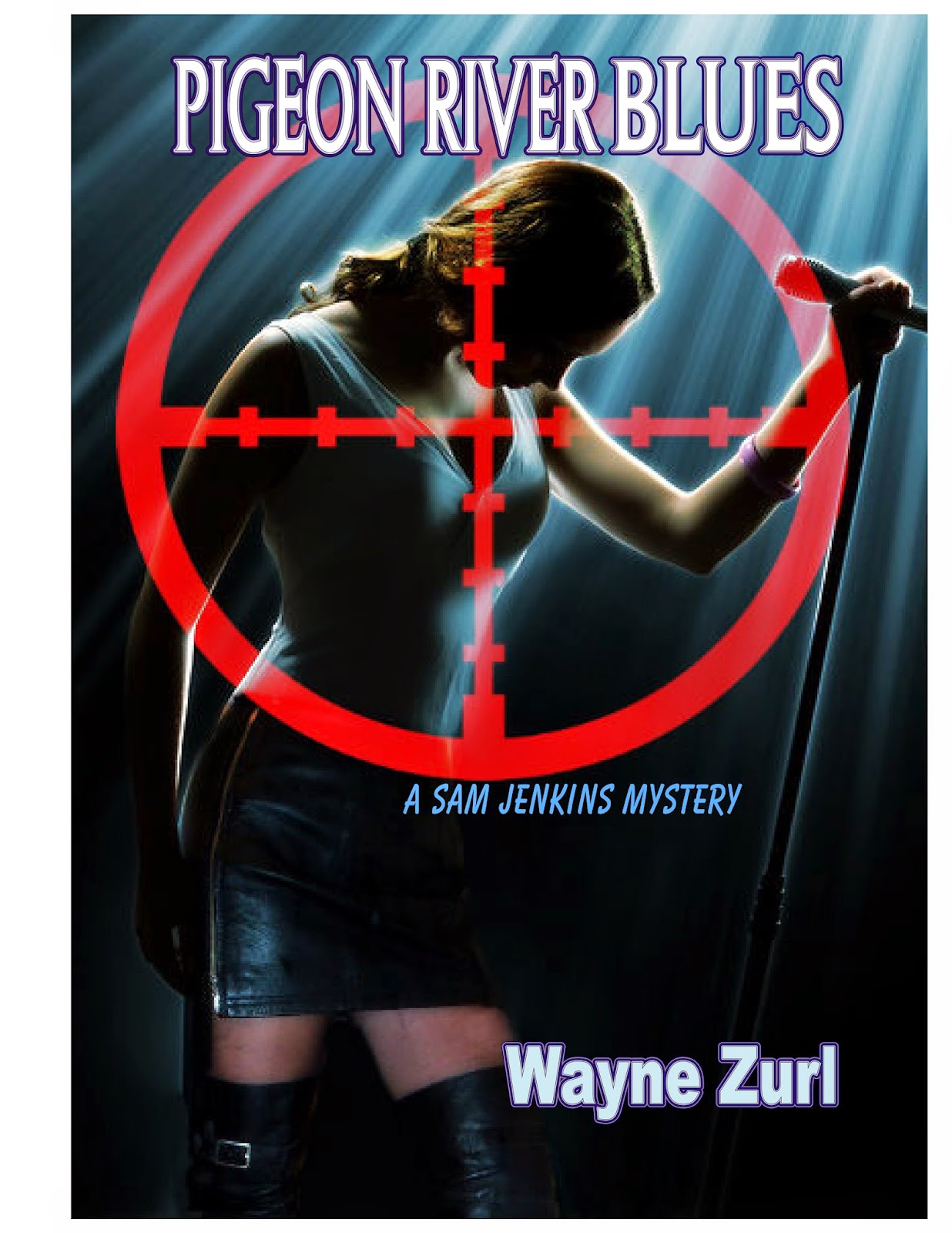 Book Description:
Winter in the Smokies can be a tranquil time of year—unless Sam Jenkins sticks his thumb into the sweet potato pie.
The retired New York detective turned Tennessee police chief is minding his own business one quiet day in February when Mayor Ronnie Shields asks him to act as a bodyguard for a famous country and western star.
C.J. Profitt’s return to her hometown of Prospect receives lots of publicity . . . and threats from a rightwing group calling themselves The Coalition for American Family Values.
The beautiful, publicity seeking Ms. Proffit never fails to capitalize on her abrasive personality by flaunting her lifestyle—a way of living the Coalition hates.
Reluctantly, Jenkins accepts the assignment of keeping C.J. safe while she performs at a charity benefit. But Sam’s job becomes more difficult when the object of his protection refuses to cooperate.
During this misadventure, Sam hires a down-on-his-luck ex-New York detective and finds himself thrown back in time, meeting old Army acquaintances who factor into how he foils a complicated plot of attempted murder, the destruction of a Dollywood music hall, and other general insurrection on the “peaceful side of the Smokies.”

Review:
4/5
This book was refreshing.  I loved the mystery and the relationships between the characters. Sam is thrust into protecting some one who refuses help. A plot to hurt the famous singer CJ Profitt because of her lifestyle is uncovered. Sam and some of his old buddies have to stop this before someone loses their life.
I loved reading this story. It was written so well and kept me turning the pages. It was a nice change from all the romance mysteries that focus more on love than mystery. Defiantly going or be reading more.
Book Excerpt:
Prologue
An oddball named Mack Collinson sat in his mother’s office discussing the upcoming auction of farmland straddling the border of Prospect and neighboring Seymour, Tennessee.
Jeremy Goins, part-time real estate salesman at the Collinson agency, defrocked federal park ranger, and now full-time maintenance man in The Great Smoky Mountains National Park, walked into the room and tossed a newspaper on Mack’s lap.
Collinson, a short, dark man in his late-forties, had close-cropped, almost black hair, a single bushy eyebrow spanning his forehead, and a thick beard that covered his face from just below his eyes and disappeared into the collar of his sport shirt.
“You seen this article in the Blount County Voice?” Goins asked.
Mack shrugged. His mother neither commented nor gestured.
Goins sighed and continued, seemingly unimpressed with his male colleague. “’Bout how Dolly’s havin’ a benefit show and that lezzy bitch—‘cuse me, Ma—C.J. Profitt’s comin’ back home fer a week a’forehand.”
People showing deference to her age referred to Collinson’s mother as Miss Elnora. Those who knew her more intimately, called her Ma.
“Lemme see that,” Elnora snarled, screwing up her wide face, one surrounded by layers of gray, arranged in a style the locals called big hair.
“Yes, ma’am.” Anxious to please his employer, Jeremy snatched the newspaper from Mack and handed it to Mrs. Collinson.
The Collinson Realty and Auction Company occupied an old and not very well maintained building on McTeer’s Station Pike just below the center of Prospect. Sixty-five-year-old Elnora Collinson had been a realtor for more than forty years, first with her late husband and now with her son. In either case, Ma represented the brains of the operation.
After allowing the woman a few moments to read the article, Jeremy Goins continued the conversation.
“I hated that bitch back in hi-skoo,” he said. “And I hate her even more now that I know what she is and what her kind means ta the rest o’ us.”
Goins was a stocky, rugged-looking man, approaching fifty, with a liberal mix of gray in his dark brown hair. The gray hair was the only liberal thing about Jeremy Goins.
“I s’pose she’s fixin’ to stay around here and mebbe bring some o’ her pur-verted women friends with her,” Mack said. “This world’s goin’ ta hell when ya got ta be subjectedsta the likes o’ her on the same streets good Christian folk walk on.”
“Amen ta that,” Jeremy said.
When Ma finished reading she snorted something unintelligible, rolled up the paper, and threw it at a wastepaper basket, missing by a foot.
“Boys, this is shameful.” She took a long moment to shake her head in disgust. “Downright shameful.”
Both men nodded in agreement.
“When that girl went ta Nashville an’ become a singer, I thought Prospect was rid o’ her and her kind once’t and fer all. Lord have mercy, but we’re doomed ta see her painted face on our streets ag’in.”
“Momma,” Mack said, “we ain’t gotta take this.”
He spent a moment shaking his head, too. Then he decided to speak for the rest of the population.
“Don’t nobody here want her back. Mebbe we should send’er a message if the elected leaders o’ this city won’t. We kin let her know.”
“You’re rot, son. Ain’t no reason why that foul-mouthed, lesbian should feel welcome here.” Ma Collinson, who resembled a grumpy female gnome, sat forward in her swivel chair and with some difficulty, pulled herself closer to the desk. “Jeremy, git me that li’l typewriter from the closet. I’ll write her a note sayin’ as much.”
Goins nodded and moved quickly.
“And Jeremy, afore yew git ta work at park headquarters, mail this in Gatlinburg so as ta not have a Prospect postmark on it.”
Goins stepped to a spot where he could read over her shoulder and said, “Yes, ma’am, I’ll do it.”
After inserting a sheet of white bond paper under the roller, Elnora Collinson began to type:
Colleen Profitt we know you. We know what you are. All the money you made don’t make no difference about what you have became. You are a shame to your family and the city of Prospect. Do not come back here. We do not want you. God does not want you.

The Coalition for American Family Values

CJ Profitt you have not called off your visit to our city. We repeat. You and your lesbian friends are violating God’s Law. You must not come here. If you do you will regret it. The people of this city will not suffer because of you. Your ways are the ways of Sin. Your life is a life of SIN. If you come here YOU WILL suffer and then burn in Hell. Do not show your painted face here again. If you do you better make your peace with GOD. You will face HIM soon enough. Sooner than you think.

The Coalition for American Family Values

On Friday morning, February 2nd, Mack Collinson slammed the front door to the real estate agency, shrugged off his brown canvas Carhartt jacket, and tossed it on an old swivel chair. He spent a moment blowing his nose in a week-old handkerchief and stormed into his mother’s office.
“Well she’s here,” he said, putting his hands on his hips. “She never done took your warnin’s serious-like.”
Ma Collinson looked at her son over the tops of reading glasses she recently purchased at the Wal-Mart Vision Center.
“This mornin’ Luretta and the kids was watchin’ that Knoxville mornin’ show,” he said.  “And there she was—film o’ her at the airport ‘long with some others goin’ ta perform at Dolly’s benefit thing. She never listened ta ya, Ma. Now she’s here.”
At five after nine, a coo coo clock in Elnora’s office struck eight.
Mrs. Collinson pulled off her glasses and tossed them onto the desk. She wrinkled her brow and puckered her mouth in disgust. Elnora did not look happy.
“She’ll be talkin’ ‘bout her ideas and her ways like she always does,” Mack said. “It’s un-natural is what it is. Against God’s way. Why does God let people like her live, Ma? Makes me jest so gat-dag mad. Makes me think we ought ta kill her. Kill her our own selves.” 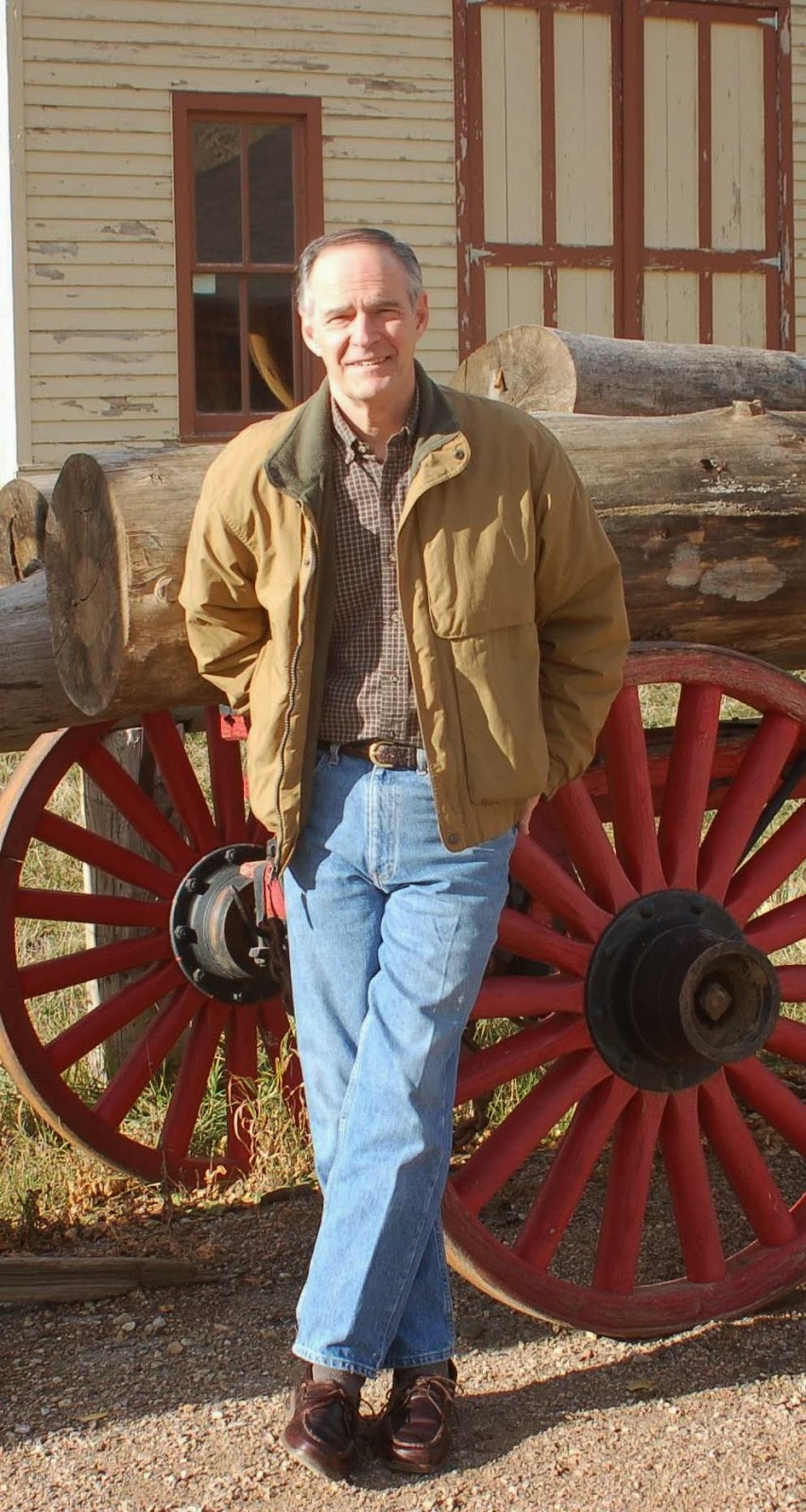 Wayne Zurl grew up on Long Island and retired after twenty years with the Suffolk County Police Department, one of the largest municipal law enforcement agencies in New York and the nation. For thirteen of those years he served as a section commander supervising investigators. He is a graduate of SUNY, Empire State College and served on active duty in the US Army during the Vietnam War and later in the reserves. Zurl left New York to live in the foothills of the Great Smoky Mountains of Tennessee with his wife, Barbara.
Twenty (20) of his Sam Jenkins mysteries have been published as eBooks and many produced as audio books. Ten (10) of these novelettes are available in print under the titles: A Murder In Knoxville and Other Smoky Mountain Mountain Mysteries and Reenacting A Murder and Other Smoky Mountain Mysteries. Zurl has won Eric Hoffer and Indie Book Awards, and was named a finalist for a Montaigne Medal and First Horizon Book Award. His full length novels are available in print and as eBooks: A New Prospect, A Leprechaun's Lament,  Heroes & Lovers, and Pigeon River Blues.
For more information on Wayne’s Sam Jenkins mystery series see www.waynezurlbooks.net. You may read excerpts, reviews and endorsements, interviews, coming events, and see photos of the area where the stories take place.
Connect with Wayne Zurl:
Website: www.waynezurlbooks.net
Facebook: http:/www.facebook.com/waynezurl
Twitter: https://twitter.com/waynezurl
Goodreads: https://www.goodreads.com/WayneZurl