Cover Reveal for Twisted by Desire 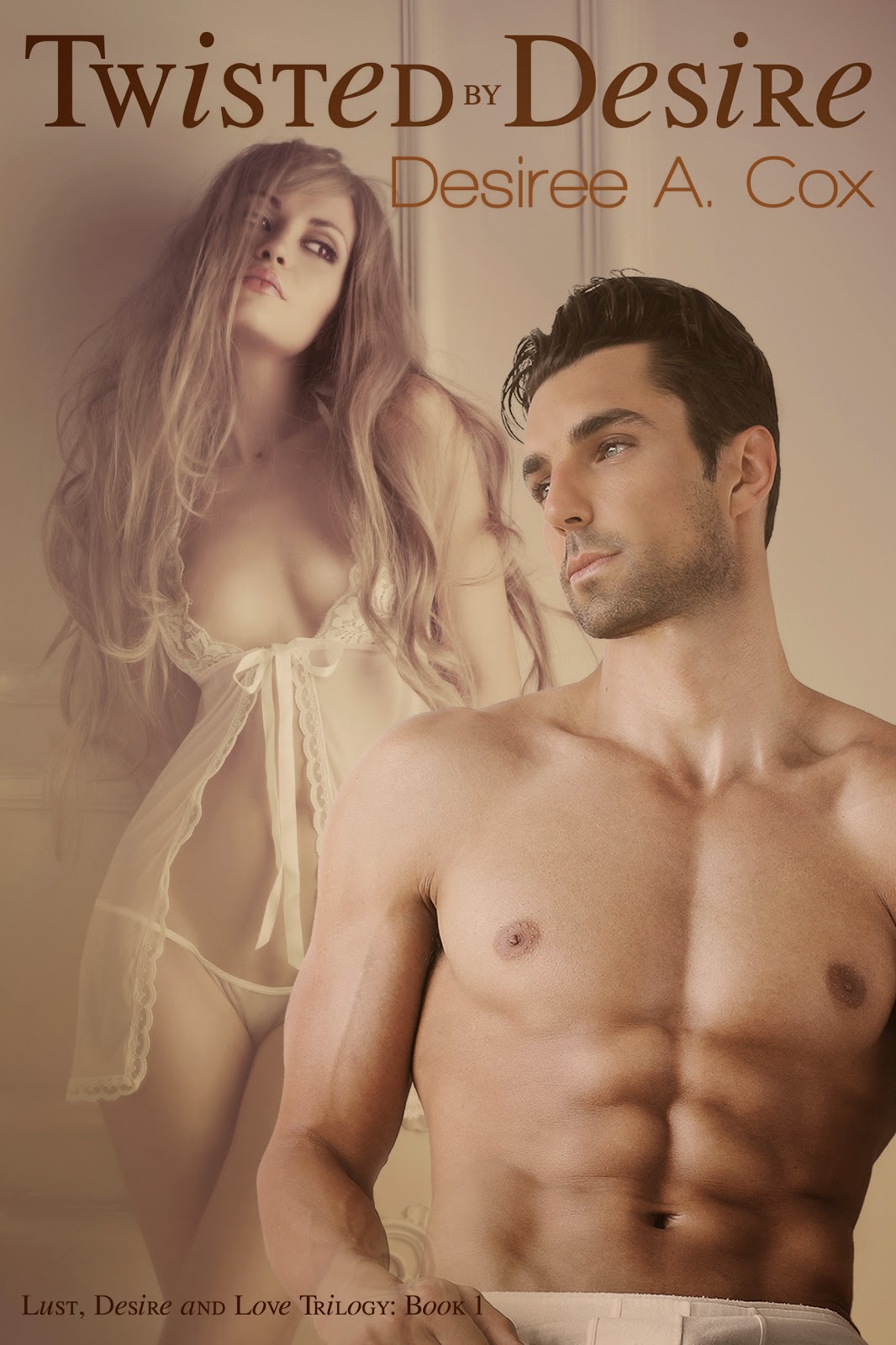 Nikki Carmichael is confused. Her head’s telling her one thing while her heart is sending another message.

She believed her first husband, Sky, was her Prince Charming.  They got married expecting to live their happily ever after, but the happiness dwindled right along with their checking account.  Their divorce legally ended the marriage, but not the love and uncontrollable desire between them.
Then she meets Jeff. He's hotter than an August day in Florida, and can offer her everything she’s always thought she wanted.

Jeff is committed to his life as a bachelor, but his high-powered nature has finally brought him to a crossroads. He's face-to-face with a quandary; his decisions will affect his professional and personal life forever.

Nikki’s tenacious efforts to live a dream life, while still keeping her heart shielded, are coupled with wrestling an ongoing dilemma – her heart still belongs to Sky.

But Nikki isn't the only one who’s twisted by desire.

Desiree was born and raised in Iowa – yep, corn country. She married her high school sweetheart and moved to the Philadelphia area after high school and has been happily married for over twenty-five years. She’s the mother of two sons and a daughter. She’s a Project Manager by day, Writer of Erotica by night.

Writing has always been a part of her life. It started as a way to cope with her childhood shyness allowing her to communicate without talking.

She’s been predisposed to erotica since she was twelve. She was obsessed with sneaking into her parents smut stash in their closet.

Over the past two plus years she’s been working to get her thoughts in print. She finally is writing what she wants to write.

Desiree also enjoys traveling and spending time at the beach.