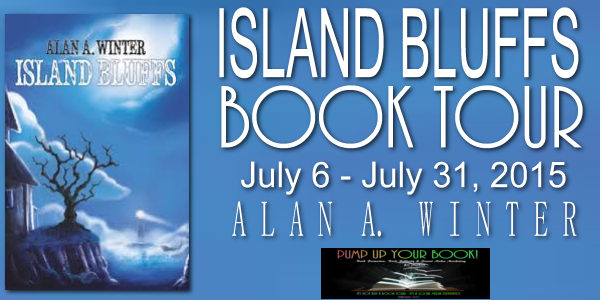 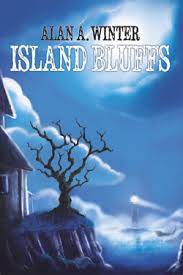 Island Bluffs is a story of love, forgiveness, and understanding the dark side of the human spirit. It explores the age-old question: are children accountable for the sins of their parents and grandparents? Carly Mason is a successful New York City forensic dentist. She and her widower husband, Gabe Berk, are trying to start a family. Thinking they had exhausted the options by consulting with all of Manhattan’s fertility experts, Carly and Gabe learn of an eccentric scientist who runs an exclusive clinic. The doctor commits to helping the couple conceive the baby they so desperately want, but only if they agree to what seems like an outrageous stipulation; Carly must carry twins, one biological and one that she is a surrogate for. Once the twins are born Carly has to surrender the non-biological twin to the doctor at birth, no questions asked. Further, should the old doctor die before Carly gives birth, she has to agree to give the baby the name chosen by the doctor. As required for treatment, Carly and Gabe move into a new house, which is within thirty minutes of the clinic. They soon discover that their new home and town, Island Bluffs, are far from ordinary. Carly and Gabe feel eyes spying on them at every turn. Gabe’s father, Yehuda, hears strange noises that only he can hear. Megan, Gabe’s rebellious sixteen-year-old daughter from a previous marriage, is attracted to the son of a Neo-Nazi. The mysteries continue to deepen as a scavenger ship appears on nearby waters searching for sunken treasure along with glimpses of a lone swimmer lumbering through the waves of Barnegat Bay. Island Bluffs is a present-day town bound to the past by horrible secrets and pacts made long ago. Keeping secrets buried as some had hoped was no longer an option for the Berks. Their new and some thought long-forgotten home made that impossible by putting them squarely in the middle of it all. When the truths are revealed, the shocking twists and turns will challenge the very notions of what is right and wrong.

Island Bluffs is available for purchase at
Amazon
B&N
Goodreads 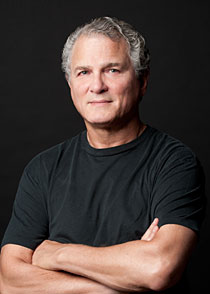 At first blush, Alan is quick to say that he never intended to be a writer. But when he thinks about it, he’s been writing in one form or another, for his entire adult life. In college, he wrote paper after paper for his history and literature courses. Professionally, he edited a dental journal and wrote more than twenty
scientific papers. That still doesn’t explain how a dentist came to write fiction!

It started in 1982 when Alan made small talk with a patient about a sci-fi idea he had. She thought the idea was so terrific, she urged him to write a movie treatment about it. Alan dismissed her offhand. What did he know about writing movies?

The patient persisted. Each time she would visit his office, she would demand to see the finished movie treatment. Seeing she was serious and relentless, Alan agreed to hand her a treatment. But how? He had no clue where to start. Asking other patients for guidance, Alan was introduced to a young screenwriter who agreed – for a fee – to write the treatment. They worked together, produced a treatment, and shopped it around to a number of studios. One studio took the idea (without permission or payment) and turned Alan’s treatment into a movie.

1. Rather than waste energy being litigious, be flattered that a studio felt Alan’s idea was worthy of turning it into a movie. Knowing a stranger valued his creativity supported all of his future projects.

2. Collaborating with the screenwriter gave Alan the validation he needed that if and when he chose to write a book, it wouldn’t be foolhardy…not that it really mattered what others thought!

Still, Alan had no desire to write fiction. That changed in 1985. That was the year that Alan began writing his first novel, “Someone Else’s Son,” which was eventually published by MasterMedia, Ltd.

What prompted Alan to write “Someone Else’s Son” is a story in itself. When Alan completed his periodontal training at Columbia, he joined a prestigious Fifth Avenue periodontal practice. Day after day, the well-to-do, prominent patients asked Alan if he was old enough to be a dentist. (He looked that much younger than the two senior partners). Trying to convince the patients that he was old enough to be a dentist and, therefore, experienced enough to treat them, Alan put his two sons’ pictures on the treatment room wall. When his third son was born, he added that one, too. Every few months, he updated the photos.

But a curious thing happened on a daily basis. The patients kept asking why Alan had pictures of children on the wall. When he replied, “They’re not just any children; those are my sons,” no one believed him. They claimed the boys looked too dissimilar to be brothers. They joked that he must have taken the wrong one home from the hospital. Though this was not the case (at least he didn’t think so), Alan wondered what he would’ve done had he discovered, years later, that he and his wife had brought the wrong child home from the hospital. The result was “Someone Else’s Son.”

While maintaining his periodontal practice, Alan has continued to write since he first took up pen to paper, although now he is very appreciative that his mother forced him to take typing in summer school after his sophomore year of high school. Boys just didn’t do that back in the ’60s, but it has been an invaluable skill over the years.

“Island Bluffs,” Alan’s newest novel, is published by KB Publishing to excellent reviews. He is at work on his next novel, “The Legacy of Izaak Wolf,” about an adolescent with Asperger’s Syndrome achieves the near impossible to save his family from a surefire calamity.

Alan and Lori live in his native New Jersey. They have five children and five grandchildren.

Guest blogging at Mom with a Kindle

Interviewed at Review from Here

Book featured at Chosen by You Book Club

Interviewed at As the Page Turns

Book featured at Confessions of a Reader

Book reviewed at A Room Without Books is Empty

Book featured at Lover of Literature