Book Tour for A Pirate's Command 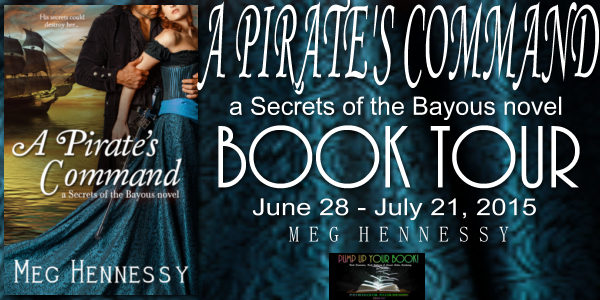 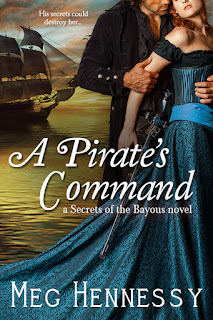 His secrets could destroy her…

Colette Kincaid once knew such love and delicious passion in the arms of her pirate husband, Donato de la Roche. Yet Colette could not continue to live as the wife of a pirate, when reunited with her family. So she fled, taking their son with her and reconciling herself to never seeing her husband again…

Until their son is taken.

Donato is convinced his wife is behind his son’s disappearance-just as she is convinced he is the villain. Now they’re unable to leave each other’s side as they seek their child, forced to confront the desire that still smolders between them. But Donato knows that soon he must face the secret about Colette he’s been hiding for so long. And it’s a secret for which there is no forgiveness… 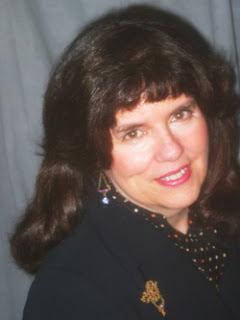 Meg Hennessy read her first historical romance when Rosemary Rodgers’, Sweet Savage Love, swept the college campuses. She won’t admit how many years ago that was, but was forever hooked on the genre of happy-ever-afters. Meg grew up immersed in the culture of her father’s old Southern family and writes with a Southern flavor. It was her sense of wonderment when visiting her grandmother’s home as a child that now bubbles upward into her writing of today, creating steamy nights of intrigue and romance.

She had been writing for years, but seriously pursued publication in 2009. Seeking authenticity for her first novel, she researched hundreds of books, visited numerous battlefields, and toured antebellum homes. When it came to putting pen to paper, Meg found her story-telling voice, as her heroine simply stepped into Shadows of a Southern Moon,winning the 2010 EPIC Award for best Historical Romance and launching her writing career.

Meg lives amid the beautiful rolling hills of southeastern Wisconsin. Besides writing and spoiling her much-loved horse, she enjoys backyard birding, nature walks, and admits to being a gardening addict. Having spun stories for years, she enjoys seeing her dream come true as her characters spring to life and step within the beautifully bound pages of a romance novel.

Book featured at 3 Partners in Shopping

Book featured at In Our Spare Time

Interviewed at Review From Here

Book featured at Chosen By You Book Club

Book reviewed at My Book Addiction and More

Book featured at What is That Book About

Guest blogging at The Dark Phantom