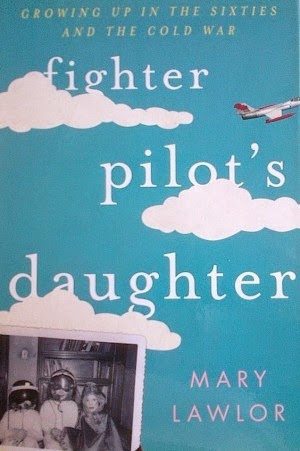 FIGHTER PILOT’S DAUGHTER: GROWING UP IN THE SIXTIES AND THE COLD WAR tells the story of the author as a young woman coming of age in an Irish Catholic, military family during the Cold War. Her father, an aviator in the Marines and later the Army, was transferred more than a dozen times to posts from Miami to California and Germany as the government's Cold War policies demanded. For the pilot’s wife and daughters, each move meant a complete upheaval of ordinary life. The car was sold, bank accounts closed, and of course one school after another was left behind. Friends and later boyfriends lined up in memory as a series of temporary attachments. The book describes the dramas of this traveling household during the middle years of the Cold War. In the process, FIGHTER PILOT’S DAUGHTER shows how the larger turmoil of American foreign policy and the effects of Cold War politics permeated the domestic universe. The climactic moment of the story takes place in the spring of 1968, when the author’s father was stationed in Vietnam and she was attending college in Paris. Having left the family’s quarters in Heidelberg, Germany the previous fall, she was still an ingénue; but her strict upbringing had not gone deep enough to keep her anchored to her parents’ world. When the May riots broke out in the Latin quarter, she attached myself to the student leftists and American draft resisters who were throwing cobblestones at the French police. Getting word of her activities via a Red Cross telegram delivered on the airfield in Da Nang, Vietnam, her father came to Paris to find her. The book narrates their dramatically contentious meeting and return to the American military community of Heidelberg. The book concludes many years later, as the Cold War came to a close. After decades of tension that made communication all but impossible, the author and her father reunited. As the chill subsided in the world at large, so it did in the relationship between the pilot and his daughter. When he died a few years later, the hard edge between them, like the Cold War stand-off, had become a distant memory.
For More Information


Fighter Pilot’s Daughter: Growing Up in the Sixties and the Cold War is available at Amazon.
Pick up your copy at Barnes & Noble.
Discuss this book at PUYB Virtual Book Club at Goodreads.

Review
4/5
This is a story about Mary Lawlors childhood as the daughter of a fighter pilot. Her father was a marine aviator and eventually in the army, during the cold war. It documents their various moves for the military. How every time they had to relocate, they had to end their whole life and start a new one. If that wasn't hard enough, this all took lace during the turmoil of the cold war.
As her father gets stationed in vietnam in 1968, she goes to paris to attend college. Then the riots break out and Mary takes the side of everything that is different than she was raised.
I loved reading this book. I understood alot of what she talked about. Watching how her and her fathers relationship changed over the years. Reading about how she changed and dealt with the constant moving and changing.
This book is great for people who love biography, history or military books. 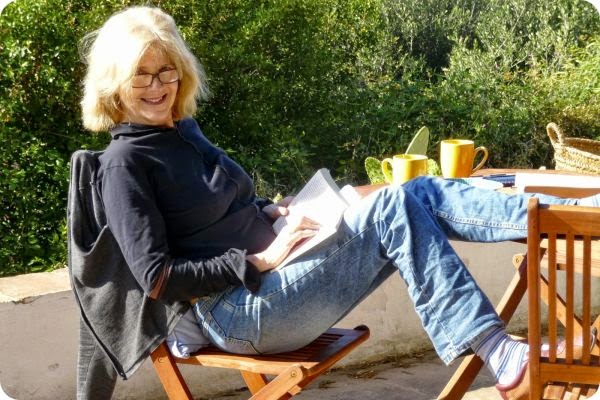 Mary Lawlor grew up in an Army family during the Cold War. Her father was a decorated fighter pilot who fought in the Pacific during World War II, flew missions in Korea, and did two combat tours in Vietnam. His family followed him from base to base and country to country during his years of service. Every two or three years, Mary, her three sisters, and her mother packed up their household and moved. By the time she graduated from high school, she had attended fourteen different schools. These displacements, plus her father?s frequent absences and brief, dramatic returns, were part of the fabric of her childhood, as were the rituals of base life and the adventures of life abroad.

As Mary came of age, tensions between the patriotic, Catholic culture of her upbringing and the values of the sixties counterculture set family life on fire. While attending the American College in Paris, she became involved in the famous student uprisings of May 1968. Facing her father, then posted in Vietnam, across a deep political divide, she fought as he had taught her to for a way of life completely different from his and her mother's.

Years of turbulence followed. After working in Germany, Spain and Japan, Mary went on to graduate school at NYU, earned a Ph.D. and became a professor of literature and American Studies at Muhlenberg College. She has published three books, Recalling the Wild (Rutgers UP, 2000), Public Native America (Rutgers UP, 2006), and most recently Fighter Pilot's Daughter: Growing Up in the Sixties and the Cold War (Rowman and Littlefield, September 2013).

She and her husband spend part of each year on a small farm in the mountains of southern Spain.

Her latest book is the memoir, Fighter Pilot’s Daughter: Growing Up in the Sixties and the Cold War. 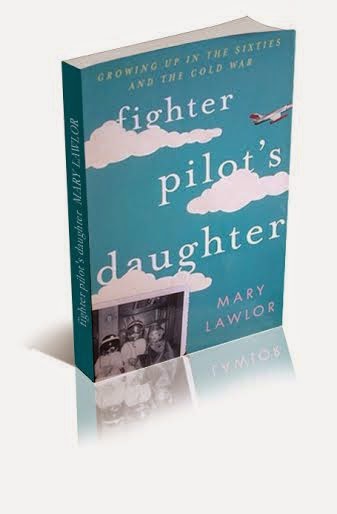