Check the trailer for Hard Trigger 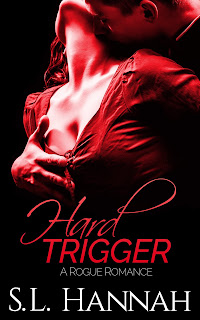 “Your mother’s opiates are coming from Jose Herrera’s distribution network.” My pulse races as my stepfather speaks these words. Because taking on the Herreras also means taking on Diego.

Reckless, and hardened by a volatile past, Victoria does not see a future with Diego Herrera as a realistic option. As their childhood friendship ignites, they find themselves on opposite sides of a bloody feud between the two most powerful families in Mexico City. And she’s a Moreno now—brought up to be the secret weapon nobody suspected.

But Victoria can’t deny the attraction. Diego’s commanding muscles, the coarse, dark hair of his solid chest, that rugged scar above his sensuous lips…

Loyalty is in the eye of the beholder.

My body is spent. I want to feel him release inside of me. I want to collapse on top of him. I want to keep fucking like two animals trying to survive a wilderness that is both beautiful and vicious. Our chests heave in a unison that signals it’s not over, and he starts pumping into me…
Except I’m not just an animal. I turn my head towards the end table, lean over, and grab his cell phone.
“Call them off.” I shove the phone into his palms. “All of them. Tell them I’m not here. That they made a mistake.”
Still pumping into me, he stares at me with widened eyes. “Don’t be fucking crazy. Let me walk you out of here and make everyone believe you’ve disappeared. At least for a little while.”
He’s hitting that spot. That warm and sensitive spot that makes me second-guess every decision and every goal I’ve ever made or had. That makes me want to curl up and be swept away and taken care of, even though I’ve never wanted that to be any part of my long-term plan—because I’ve seen everything my mother has gained and lost by being…taken care of.
Diego searches my face for a place to reason. “What I’m offering…they’re going to catch up to you eventually. And before you catch up to my uncle again. He’s the second-in-line to a multinational business. You killed one of his men last night. You almost killed him. You think no one noticed? This would give us…a chance,” he pleads.
Although he doesn’t say it, it’s the same proposal he made on our trip, except without the ring.
I freeze. I’d be lying if I said I wasn’t tempted. I’ve always been tempted. He’ll never know how many times I ran my finger around the circumference of that diamond band on the nightstand before I drove off, deciding on a different destiny. I knew the moment I stepped in the old Peugeot that Diego’s ring would forever be imprinted on my finger.
But…
“I can’t.”
My response makes him choke on whatever he was about to say and roar in frustration. He’s not the type of man to accept defeat.
His fingers fumble on the phone screen. Awkwardly he holds it against his ear, spitting in Spanish as he does what I’ve asked him to do.
He throws the phone and then locks his forearms around my neck, pulling me closer to him. His cock is still stiff, and it throbs inside of me, reminding me of why we’re even in this position.
Cursing, his lips find mine, biting, absorbing, demanding. And I reciprocate. I have never been unwilling. Our tongues tangle as our bodies rock in unison again. 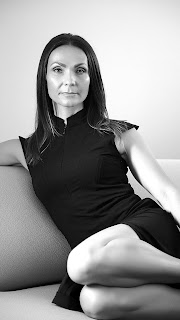 S.L. Hannah was born in Poland, grew up in Canada, and moved to Southern California to pursue her love of single-engine airplanes. Her latest, Hard Trigger, is a rogue romance that will be published on August 28th, 2018. Visit her online at www.slhannah.com to learn about her other books, to get updates about her new release, and to connect through social media. S.L. Hannah lives in Los Angeles, CA with her husband and garden of succulents. When she’s not writing fiction, she continues to solve the aviation problems of the world.