Check out Meet Me in Savannah: A Collection

The summer heat isn’t the only thing steamy in Savannah.

Seven authors bring you seven scorching stand-alones about love, lust, suspense and second chances set amongst the historic cobblestones and plantation homes of this southern city where the only thing hotter than the weather is the men that call Savannah home. 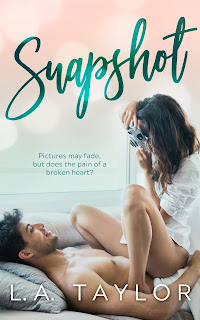 Behind every great hatred there may be a love story, but behind the face of an angel and his sweet words was nothing but pretty little lies.

My hatred for Noah Hill really did start as love – hard as it is to believe.

A love that was the earth-shattering, forever type that not everyone is fortunate enough to experience in their lifetime… or so I thought.

That’s what he said to me.

That was the biggest lie of them all.

Because the broken heart remained long after the pictures burned. 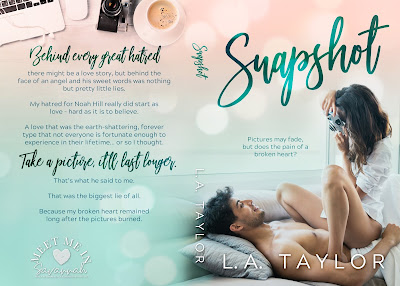 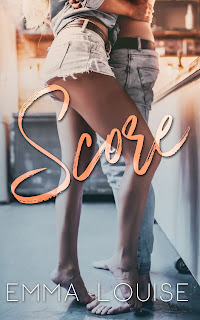 Once college sweethearts, Poppy and Keir were the all American couple.

Until the big time came calling.

Misunderstandings and miscommunications lead to broken hearts and broken trust.

But fate throws them a second chance when their paths cross again.

Now they have to decide if they are ready to take another try at forever, or if the past is better left behind them.

Kier knows this is his final down. His last opportunity to make it right, but Poppy's going to need a little more convincing.

Throwing out a Hail Mary, he gives it all he’s got.

With a little luck, this time he may just be able to Score. 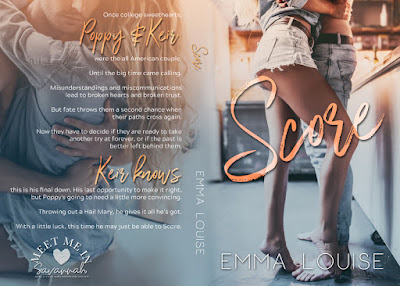 She lives with her husband, three children and overgrown puppy in South Wales, UK.

Having been an avid reader for as long as she can remember, she’s recently decided to try her hand at writing a love story of her own. 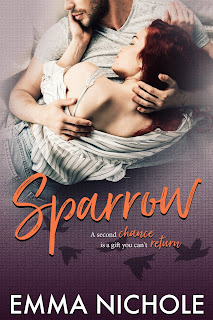 The roller coaster called life can take you on many different journeys.
Some you crave and long for, others you regret and wish you could forget, but some claw their way inside of you and refuse to let go.

Amelia's journey has included flips, twists, turns and scares, but when she is finally brave enough to take the reins for herself, her path leads back to her past. Back to Grayson Aldrich.

He's the man who embodied all three types of journeys. Longing, regret, and a love so deep it would be forever embedded in her heart. 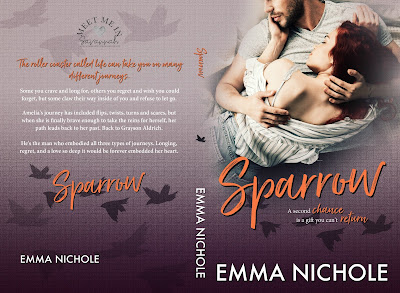 After years of living vicariously through so many characters and stories created by others, Emma Nichole has taken the plunge herself.

A southern girl born, raised, and still residing in Tennessee, she holds the quirks of this area of the world close to her heart, and showcases it in her writing.

She's a wife, a mother of two, an avid college football fan (Go Vols), a best friend, a sister, a lover of all music, movies, and above all else... a lover of books. 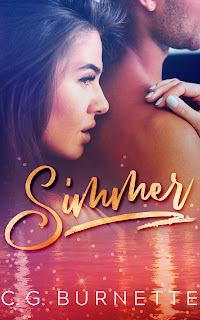 She was the one that got away.

Destined for culinary greatness, Bethany left behind the only life she’d ever known. And the man who broke her heart.

He was the one she could never forget.

Three years could change a man. Gideon was proof of that.

Pride and selflessness forced him to make choices that altered his life forever. But his biggest regret would always be letting her go.

What happens when true love is set to simmer?

For Bethany and Gideon, it may be a second chance to set fate right.

Meet them in Savannah and fall in love all over again. 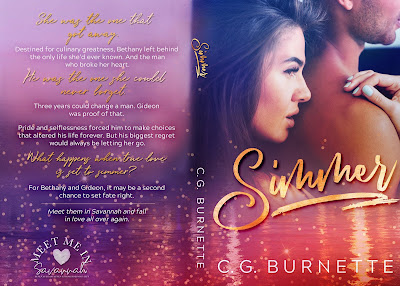 
I'm a self-proclaimed book addict. It's sad but true. I want ALL THE WORDS! My love of words led me to blogging and blogging led me to this newest and most awesome adventure as an author. What a ride this will be!

I'm a mommy to two really cute little guys who run me happily ragged on most days and a wife to a wonderful man who has had my heart since the day he said hello. I have a vast collection of Godzilla toys, dinosaurs, LEGO pieces and blocks in all shapes and colors. Romance novels have been my thing since my aunt snuck me a Harlequin when I was ten. And let's not forget the binge watching of all things anime, Vikings and old B movies. 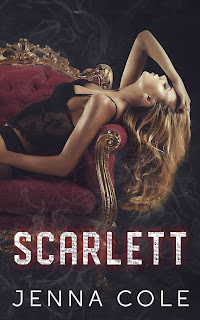 You know how fairy tales start?

Throw in an apple and she almost dies, he swoops in and saves her life. Then they live happily ever after?

My story is just like that, but with a few minor changes.

Goes like this: Girl sees family being murdered; girl runs for her life, then finds out she isn't exactly who she thought she was because she's been lied to. Oh yeah, as it turns out, she's also in quite a bit of danger, with a lovely bounty over her head.

With one man ordered to "watch me," and another one who promised to protect me, who exactly am I supposed to trust, when I'm just finding out who I really am?

Allow me to introduce myself. My name is Scarlett. 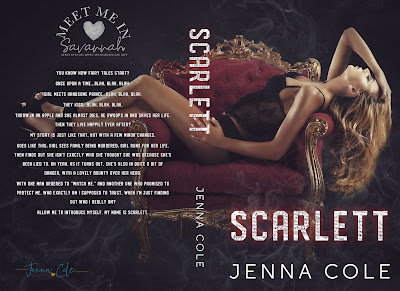 
Jenna is a book hoarding, book boyfriend stealing author from Florida. She's the wife of an Army veteran (Hooah) and the mother of a teen daughter (send wine). She works in the corporate world, where she's been busted several times for breaking out her kindle to finish a book. When she's not spending time with her family, you can find her reading, hitting up the beach, and blogging and chatting about books with friends. 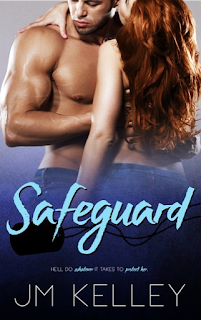 Protecting her is easy.
Falling for her is dangerous.
Loving her could destroy them both.

Melanie Quinn has given up on finding a man until she meets her sexy new bodyguard with an irresistible smile. She trusts him with her protection but refuses to hand over her heart.

Chase Taylor, ex-marine, has given up on life until he lands a job as a bodyguard for a beautiful, fiery red-head. His emotional wounds run deep, but when danger lurks, he’s always willing to go to war. Protecting his Princess could prove to be deadly.

Fate brought them together. Scars from their past could tear them apart. 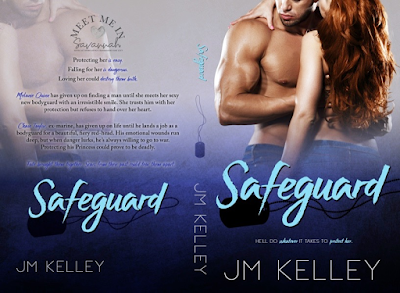 
JM Kelley loves to write sexy hot Romance as much as she loves to read it. She grew up and still resides in Long Island New York with her husband of twenty-nine years and her three sons. She is a lover of baseball and has been a Yankee fan since the day she was born. If you can’t find her reading or writing she’s probably in Disney World since that’s her favorite place in earth. 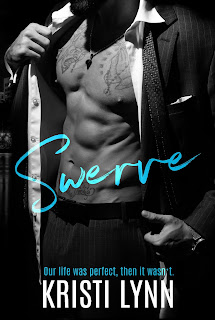 Deception and betrayal caused us to swerve off our path of forever.

One night. One decision forced me to walk away from my future. Tragedy brings me home after twelve years, forcing me to face my past and the truths I refused to hear. Surviving Trystan once almost broke me completely. A second time would be impossible.

One mistake. One disaster of epic proportion left the only woman I have ever loved, broken and devastated. After twelve years, Camryn is back home and will be forced to realize that everything is not always as it seems. Second chances are not always promised and I refuse to waste mine. 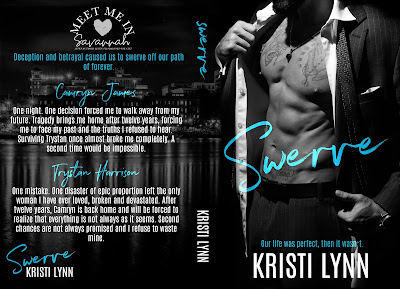 Kristi Lynn is a certified book whore who has been getting lost in the words of others for years. After going through a tough time a few years back, she decided to put pen to paper as a means to heal. Stories started coming out of nowhere and the decision was made to self-publish. Kristi lives in Connecticut with her rescue pup Jazmine. Coffee is her elixir of choice, followed closely by good sangria, or captain and coke. Music is playing 24/7 around her and she is often singing along (watch those ears, she never claimed to be a good singer). Fall and football season are her preferred time of year (Go Pats! And Julian Edelman is her husband. She has the shirt to prove it.) She lives in flip flops year round (except when mother nature showers her in that blasted white stuff New England is known for in the winter). She swears like a sailor, and has and addiction to finding the perfect quotes for any occasion. She loves to connect with new people, so don't be shy. 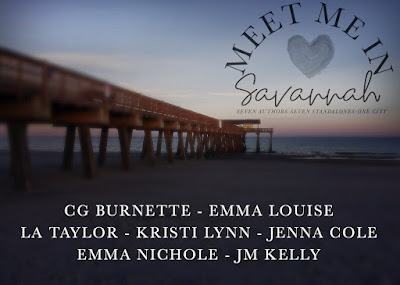