Don't Hit Me Blog tour! Plus my review! 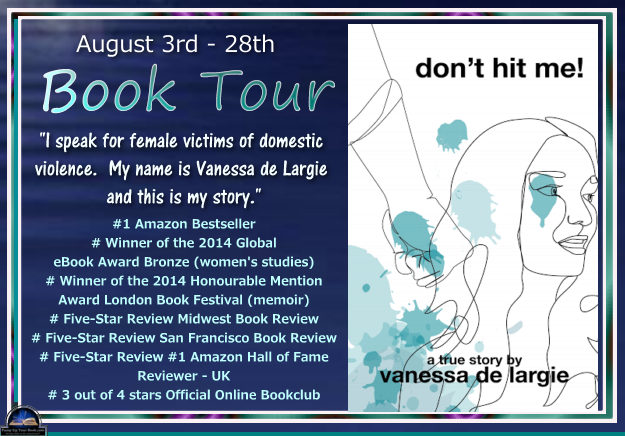 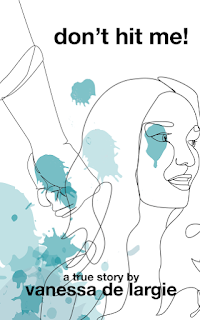 Australian actress and author Vanessa de Largie is a survivor of domestic violence.
Don’t Hit Me is the true diarised account of her time living with an abusive man. The story is conveyed through poems, journal entries and fragments of lyrical prose. The book is a snapshot of domestic violence in real time. Raw, poignant and brave – it’s a tale that will stay with you.
For More Information


Don’t Hit Me! is available at Amazon.
Pick up your copy at Barnes & Noble.
Discuss this book at PUYB Virtual Book Club at Goodreads. 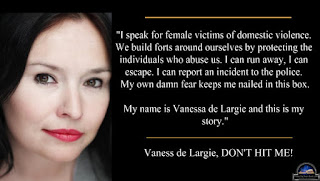 My Review
5/5
This is an amazing book. It is a journal of the authors time in an abusive relationship. It is a raw story of how she felt and was made feel. It is definitely something that after reading you spend time reflecting.
I really can not put into words this story. I know that this book is one that everyone needs to read. 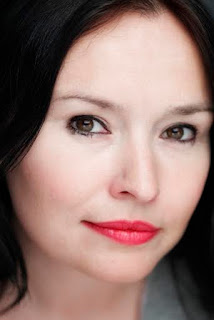 Vanessa de Largie is a multi-award-winning actress and author based in Australia. She was introduced into the world of make-believe when she was 3. Her mother was a film buff, who made her watch films from the 50's era. Her father, an avid reader and vinyl collector gave her a love of books and music. Combined, her parents influence allowed her to know early on, what she wanted to do with her life. At 22, Vanessa left her hometown of Perth for Melbourne and within a month, she had a lead role in a play at Melbourne's La Mama Theatre. Over the next decade, she would begin to hone her craft.


In 2009, Vanessa was cast as the lead in horror film Context, the film premiered at the Razor Reel Film Festival in Bruges, in which Vanessa flew over as a guest. Context is part of the extras on the American release of El Monstro Del Mar by Breaking Glass Pictures Distribution. (Unfortunately it isn't listed on the dvd's cover.)

Later in 2009, Vanessa was accepted into the New Actors Workshop in New York, run by famous film director - Mike Nichols (The Graduate.) On her return she worked on the film Crazy In The Night starring film director Frank Howson and Prisoner actors Tommy Dysart and Joan Brockenshire. Vanessa won a second Best Female Actor Award at the 2010 Melbourne Underground Film Festival for her leading role in the film.

In 2011, Vanessa was selected as a Victorian finalist in The Miss Pinup Australia Pageant, where she competed under the title Miss V-Bomb. She was given a spread in Beat Magazine as well as being interviewed by various Victorian newspapers.