The Treasure at Devil's Hole Book Spotlight. Plus a Guest post by the Author! 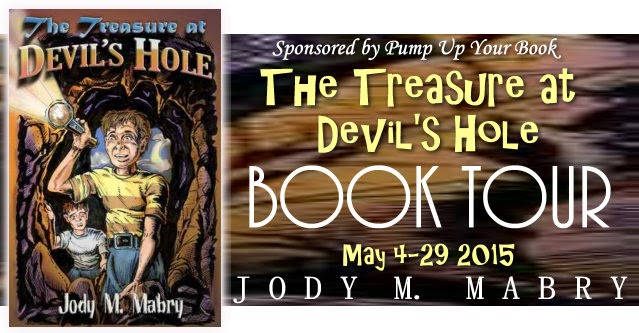 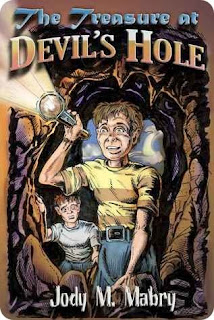 How would you feel if you knew you had a legendary treasure right in your own back yard? Francis “Bug” Mosser knows, and will do nearly anything to find it, even if it means defying the most villainous person he knows—Mom!

Standing in Bug's way is his nemesis Tad Pricket, the red headed, pock-holed bully who’s suddenly been seen walking Bug’s girl, Melanie, home from school—worse, the walk ends with a kiss. Then there is the mysterious bald stranger and Miss Julia Brandon’s boyfriend who seems a little “too-classy” for the town of Possum Trot.

With the help of his brothers, and best friend Billy—along with his not-so-secret desire to impress Melanie Grainger—Bug goes off in search of fortune and glory, thwarting bad guys, stolen clothes, and explosions to find the one surprise about the treasure that he would have never dreamed of...

“Jody M. Mabry's "The Treasure at Devil's Hole" is a refreshing return to classic adventure, a genuine stand-out among modern YA fare. It calls to mind works such as "The Adventures of Tom Sawyer," right down to the requisite treasure hunting, villains, expansive caverns, complicated young love, and rule-breaking exploits intelligent, free-spirited boys simply can't resist. Well written and wonderfully paced, it keeps you on the edge of your seat from start to finish, with a clever resolution you never saw coming. I found this to be a delightful read, and in fact completed the book in one sitting, unable to put it down. Looking forward to Mabry's next work, I hope one is in the works.” – Amazon reviewer
For More Information


The Treasure at Devil’s Hole is available at Amazon.
Discuss this book at PUYB Virtual Book Club at Goodreads.

How to Keep Writing After You Lose Interest.

A mentor of mine once told me that unless you will love writing your book throughout the whole writing process then you’re better off to not start at all. At the time I could see both the positive and negative of this. The positive is that if I write something I love, I am more likely to write it well. The negative is that I would never write anything. There comes a point in all my writing over 50 pages, where I just am not as excited as I was at the start. There have even been times I purely hate it, ehem...editing. Twenty years later and not only do I think my mentor was wrong, but what he should have said was, “There will be times you don’t like what you are writing, and when this happens you need to reinvent your interest.” This has been something I’ve had to teach myself over the years. In the last five years I can say I have never run into a project that I have not been able to finish, and maintain interest. So, when you “hate” your book, try one of these simple steps:

· Write different scenes. In my current book Lake Norfork, I had a general idea of the plot. In my head I had a mess of scenes I thought were great, but no glue holding them together. Not knowing where to start I simply began writing the scenes without worry of how to link them. Once I had about ten scenes written, it became more of a fun game to link them together. This not only kept the book fresh for me, but almost felt as if I were writing several short stories, which kept the story fresh and fun to write.

· Change perspective completely. In my book The Treasure at Devil’s Hole, I knew I wanted to write a story about a boy digging a well with dynamite. I wrote the scene several times, but wasn’t happy with it, and eventually became frustrated. It was when I decided to change the perspective of the story to another character and have the well digging in the background that the story became fun. Not only did the story I want stay in the book, and last the entire duration, but I was able to open up what I had set as a limitation. The story became a treasure hunt instead of a lesson on how not to dig a well.

· Stop mid-sentence. This is a technique I use with all my writing now. I either set a time or word count. When the time expires, or I hit 2000 words, I stop. Whether I am mid-sentence or not, it doesn't matter. I prefer when I don’t complete a sentence because it strikes a chord in me throughout the rest of the day. I want to finish the sentence. Life doesn't seem right unless I do. This prompts me to think about that sentence and everything else I wrote that day. By the time I get back to writing I know exactly what I want and I never think about putting the book away for good.
Losing interest in work is something all writers face at one time or another. Finding new techniques to keep your writing fresh and fun is essential to growing as a writer and completing that book you’ve had in your desk drawer for months. 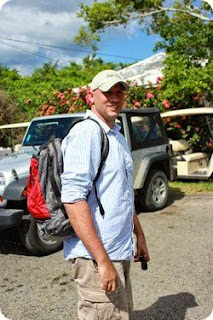 Born at Great Lakes Naval Base in Illinois, Jody has had the opportunity to live in places such as Cuba, St. Croix USVI, Mississippi, Illinois, and Kenosha, Wisconsin, where he spent the teen years of his life in an 1800’s farmhouse that was, of course, haunted. At fourteen Jody first heard the story of Arizona’s “Lost Dutchman Mine,” sparking an interest in adventure, ghost towns, and lost treasure. Always prone to telling a good story, Jody now passes on the tradition to his children who will no doubt find their own treasure someday. Jody and his family live in the charming Linden Hills neighborhood of Minneapolis, Minnesota.

His lastest book is the middle grade novel, The Treasure at Devil’s Hole.