Book Tour for Genius De Milo. Plus a great Guest post by the Author 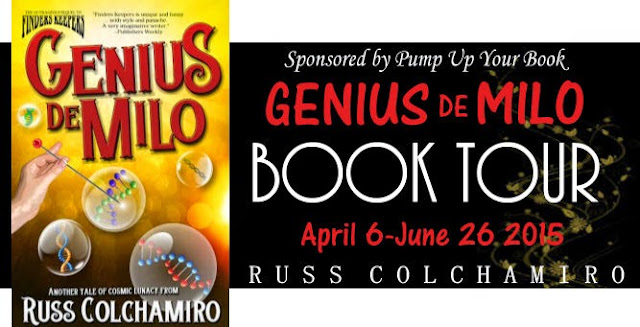 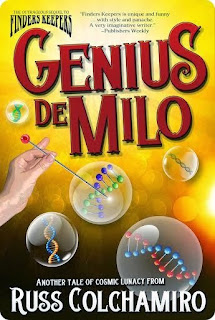 Best pals Jason Medley and Theo Barnes barely survived a backpacking trip through Europe and New Zealand that — thanks to a jar of Cosmic Building Material they found — almost wiped out the galaxy. But just as they envision a future without any more cosmic lunacy:

The Earth has started fluxing in and out of existence, Theo's twin girls are teleporting, and Jason can't tell which version of his life is real.

All because of Milo, the Universe's ultimate gremlin.

Joined by the mysterious Jamie — a down-and-out hotel clerk from Eternity — Jason and Theo reunite on a frantic, cross-country chase across America, praying they can retrieve that jar, circumvent Milo, and save the Earth from irrevocable disaster.

In author Russ Colchamiro’s uproarious sequel to Finders Keepers, he finally confirms what we've long suspected — that there’s no galactic Milo quite like a Genius de Milo.
For More Information

Genius De Milo is available at Amazon.
Pick up your copy at Crazy 8 Press.
Discuss this book at PUYB Virtual Book Club at Goodreads.

The Book Cover Conundrum – How to Make it Great

The cover for every book is critical, sometimes even more important than us writers want to admit. We want to think that the story we’ve crafted alone should be enough to ‘sell’ our books, but let’s face it: covers sell books.

I’m the same way when I buy books. The cover absolutely helps draw me in.

With that in mind, I had very specific ideas about the cover I wanted for my latest novel, Genius de Milo.

I knew I wanted a yellow cover with red type. Why? Because the covers to my other novels are red/purple and blue, respectively, and I wanted contrast as they are lined up on the bookshelf!

But the color scheme is only one aspect. Now I needed a design concept. So I enlisted my pal and fellow author Roy Mauristen, who designs covers for a lot of authors, and does a great job at that.

I started off with the idea that I wanted a lot of turtles on the cover. And I wanted them flipping around like popcorn. Why? Well … it’s important to the story. We tried to make it work, but Roy just couldn’t find the right turtle image. So finally we started over.

And that’s when I switched to the bubbles filled with DNA helixes. Again, these are important to the story. Once I had that idea Roy went off to the races. He did an absolutely fabulous job bringing my idea life, and then added the hand with the pin about to pop one of the bubbles. I wasn’t so sure how I felt about it at first, but I was totally wrong, because it works great, and never would have come up with it myself. That was all Roy.

At that point we made a few tweaks, but otherwise the cover just fell into place.

The response I’ve gotten so far has been fantastic. I’ve gotten nothing but enthusiastic reviews of the cover, so to my pal Roy … thank you!!

The words may tell my story, but the cover helps sell the book.

Now that you can see it for yourself … how’d we do? 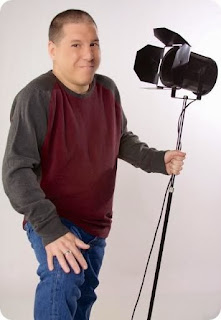 Russ Colchamiro is the author of the rollicking space adventure Crossline, the hilarious scifi backpacking comedy Finders Keepers, and the outrageous sequel, Genius de Milo, all with Crazy 8 Press.

Russ lives in West Orange, NJ, with his wife, two children, and crazy dog, Simon, who may in fact be an alien himself. Russ is now at work on the final book in the Finders Keepers trilogy.

As a matter of full disclosure, readers should not be surprised if Russ spontaneously teleports in a blast of white light followed by screaming fluorescent color and the feeling of being sucked through a tornado. It’s just how he gets around — windier than the bus, for sure, but much quicker.