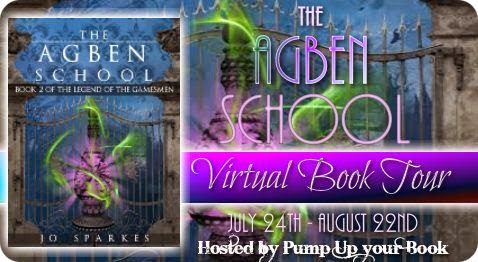 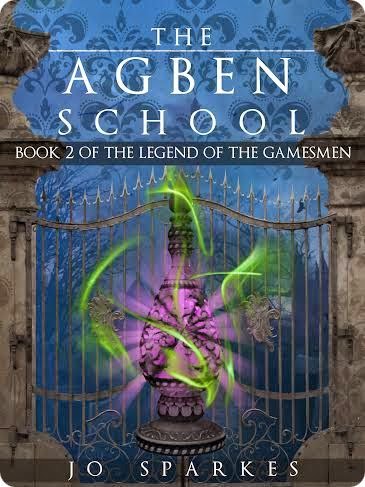 Agben had stood for a thousand years. A mysterious school housing more than students, it was the seat of the powerful Women of Agben, and the center for harnessing the potency of herbs. Few knew all that transpired within the walls.

And now Marra stood at its gate.

Friends and support stripped from her, the fragile life she’d built for herself now lay in tatters. And the source of this evil hunted her like a deer culled from the herd.

The gateway before her was her only hope.

For as the city itself crumbled, all depended not on a prince trying to save his people, nor the valiant men who’d brought them this far.

Everything depended on finding a magic powder in the vaults of Agben itself.

Everything depended on her.

For More Information
The Agben School is available at Amazon.
Discuss this book at PUYB Virtual Book Club at Goodreads.
Read Chapter One here.

Book Review
4/5
Starts out with Marra buying Herbs from a Mid Isle shop. The little boy running the shop slips her a little bauble that is really not meant for her. She meets back up with her friends just as 5 warships start pulling into harbor. Things start to come to light and fall apart. The only person who can save things is Marra. She heads to the Agben School ti find what she needs to help everyone.
So I thought it was a good story. It was different, which I liked. Sometimes it was hard to know who was talking. The story jumped around and made it hard to know what was going on. Besides those issues I thought it was a great story.

Mik was all of ten years old, and had responsibility.

That’s what his mother had told him this morning, when it was time to open the shop. His grandfather was ill, and needed care from time to time.

“Just keep it closed for the morning,” Father had suggested.

“Not with four ships in port,” Mother had snapped back.

So it was his job to mind the shop.

He’d done everything before, of course. Poured out the herbs, wrapped them in paper. Kept them close to himself until the customer paid in coin. “A poor little Mid Isle shop taking credit would go broke in a month,” his mother smilingly explained to any who asked.

Yes, he’d seen it all and he knew what to do.

Until the pretty girl walked in. Maybe 16 years old, he guessed. Maybe more. Her clothes weren’t as nice as many before her, but nicer than some. She had that desert air about her, down to the sandal shoes, but her hair was long in the Missean fashion, not the short cut of the Flats.

It was a dark red hair, braided down her back. When she turned in the sunlight from the door the red flashed at him. Little wisps escaped and curled around her face, making her seem too soft.

Women of Agben were never soft.

Mik realized that responsibility did indeed have weight, just as his father said. He was feeling that weight on his shoulders this very second.

The girl looked over the shelves carefully, and he didn’t interrupt her.

And then she turned to him, and smiled. The smile alone was almost enough to prove she wasn’t Agben. Almost.

Mik nodded. “In the back, Miss. How much do you want?”

“Just a handful, please.” Her eyes were blue, he saw, but not the faded blue of his mother and baby sister. Hers were a deep blue, like the sea’s depths as evening fell.

He hurried to fetch her Illsmith.

“And Musk Oil?” she called after him.

Ahh hah! The pretty girl must be of Agben, Mik realized. Illsmith was a desert plant, and Musk Oil from the Great Continent. Those two went together, he knew, to rub on sore muscles and strained shoulders. He knew because one of the Agben women had told his mother so when his father had hurt himself pulling in the big swoopfish.

Mik grabbed a tiny glass bottle of oil – all of ten copper, he told himself – and then the crock of Illsmith. Returning to the girl, he set both on the counter, and produced a paper for the Illsmith. “Twelve copper,” he told her as plucked out a good handful of the herb and wrapped it proper.

Some people frowned when the price was mentioned, but this girl merely pulled coins from a pocket and counted it out.

Mik stooped low, to open the box his mother had told him he shouldn’t know about, and snatch the pretty bauble inside.

He carefully wrapped it in a soft cloth, the kind used for fragile glass on long trips. And then presented it to the girl.

“What is this?” she asked, starting to lift a wrapped corner.

Mik stopped her as old man Tanner strode into the shop. “Take it,” the boy whispered.

“Mik, my boy,” Tanner grinned, looking around for his mother. The old man always wanted advice on a new ache. “Your mother not here this morning?”

The girl hesitated, still staring at him. He snatched up the coin she’d placed on the counter, and tugged the step ladder over to just beneath the Stomach Cure jar.

The girl gave him a last frown, but said no more. By the time he’d wrangled the tonic down from the shelf, she’d gone. 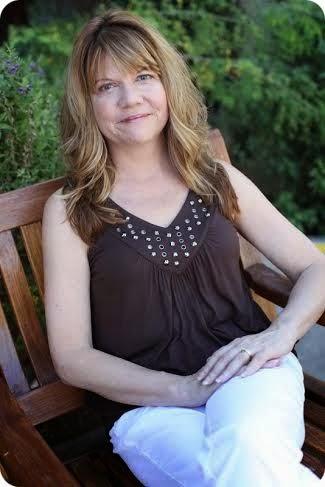 A well-known Century City Producer once said that Jo Sparkes “…writes some of the best dialogue I’ve read.” Her body of work includes scripts for Children’s live-action and animated television programs, a direct to video Children’s DVD, commercial work for corporate clients. She won the 2012 Kay Snow award for her screenplay, Frank Retrieval.

She’s written numerous articles for internet sites. As a member of the Pro Football Writer’s Association, she was a contributing writer for the Arizona Sports Fans Network, where she was known for her humorous articles, player interviews and game coverage. Jo was unofficially the first to interview Emmitt Smith when he arrived in Arizona to play for the Cardinals.

She served as an adjunct teacher at the Film School at Scottsdale Community College, and wrote “Feedback How to Give It How to Get It” for writers, actors, and other artists.

Her latest book is the fantasy, The Agben School.