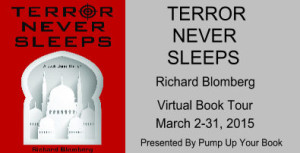 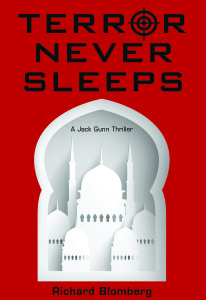 Navy SEAL Jack Gunn’s life is turned upside down when terrorists kidnap his family and disappear without a trace. While Jack and his team search frantically for clues in Virginia, half-way around the world, his wife, Nina struggles to survive the terrorist’s daily persecutions as his hostage.
Terror Never Sleeps is an action-packed tale of Nina’s transformation into a warrior who is fighting for her life, and Jack’s relentless pursuit of the terrorists from Mali to Diego Garcia to Pakistan. A military coup, propaganda, dirty bombs, and the launch of Pakistan’s nuclear arsenal with one target—Israel—is all part of the terrorist’s master plan, who are hellbent on blowing the world back to the eighth century. The non-stop action keeps the reader constantly off balance with the bizarre and unexpected.

My Review
4/5
Jack Gunn is a navy seal and in charge of CTF. While overseas dealing with some horrible people, his wife and son is kidnapped. They are trying to get back at Jack for declaring a blood feud. But this is just a front for what is really going on. Now Jack needs to save his wife and figure out what is going on before it is to late.
It was a good story. The mystery was really good. It was nice that these soldiers were written to show they have feelings. Many times the guys are written to be hard and nothing affects them. I like that it went back and forth between Nina and Jack. I wish there was more from Nina.
Alot of the story though felt like there was just to much. Some of the background information was not needed and took away from the main story. Also the military part with the Pakistanians did not really even show up until over halfway through the book.
Besides that I liked it. 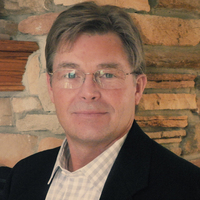 Dr. Richard Blomberg has practiced anesthesia in the land of 10,000 lakes for twenty years. He grew up in an Iowa farm town, the oldest of ten, before serving as a Navy hospital corpsman during the Vietnam War. For generations, Richard’s family has proudly served in the Army, Navy, Air Force, and Marines. He is a graduate of the University of Iowa and currently lives in the Twin Cities with his wife and family, where he is working on his next Jack Gunn thriller.
To learn more about the author, sign up for his newsletter, read his blog, or follow him on Facebook and Twitter.