The Crownless King book tour. With review and giveaway 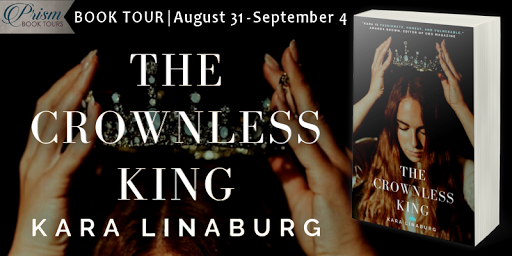 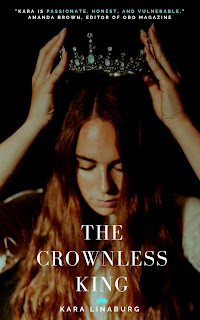 She won't meet her worst enemy on the battlefield...

War is brewing and the kingdom of Sindaleer is torn as the Knights of Norcir draw the folk to their side. When Sabriel, a specially Gifted, pledges her blood to their cause, she is ready to give all to bring the peace her leader promises. She understands Tirich's deep hatred toward the king, and has prepared for this moment all her life.But when her identity as a knight is discovered by the childhood friend who betrayed her years ago, Sabriel's plans for justice come toppling down. Now distracted by what once was, Sabriel fights to hold onto what she's believed to be true for so long.
Nick never forgot the red-headed lass of years past, but she's not the friend he remembers. As enemies connected by their past take opposing sides on their country's freedom, Nick refuses to believe what she's become.
Voices warning Sabriel she'll never succeed, and loyalties torn, she begins to realize that all is not as it seems. Tirich's power is growing stronger, and she fears she was wrong about the good she once saw in him.

The concluding book following The Broken Prince, reminds us of the inner war we all face, and what it means to rise from the ashes when all hope feels lost.


(Affiliate link included.)
Goodreads | Amazon
Review
4/5
As a child Sabriel was marked for being different, gifted. She was an outcast and the only thing she had was her friend Nick and his brothers. When sickness spread, Nick's family left and she was alone. Her and her father left and joined the knights because they were tired of the king's terror. They are not fighting for the change they think.
I like Sabriel, she is not a whining heroine. She is a warrior and capable. I feel like her gifts were just ignored until they were needed and then nothing. They only talked about Tirich and Selena's gifts. The story kept you invested and was a quick read. It flowed well and I like how it didn't go overboard on the background explanation, but it gave you information. I liked that the story was told from different points of view of the main people. It was also easy to follow who's point of view you were on. I don't like the ending but maybe these characters will get more stories.
Other Books in the Series 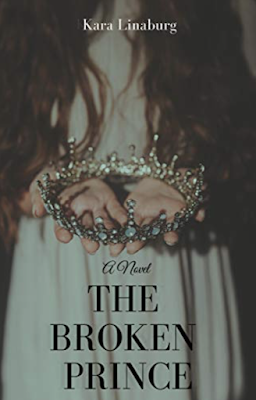 The Broken Prince
(The Broken Prince #1)
By Kara Linaburg
YA Fantasy
Paperback & ebook, 217 Pages
June 3, 2019
In all the fairy tales the maiden falls in love with the prince...but she has to remember that this isn’t a fairy tale...

Born into a kingdom where those of magical Gifts are rejected, feared, and even killed, Serena has spent her life striving to hide her ability and keep her younger brother safe.
The bastard son of the hated king and father he hardly knows, Prince Milosh is considered an outcast. He never expects to feel anything but contempt for the peasant girl who unexpectedly shows up in his life, forcing him to answer questions he never wished to ask.
When two very different worlds are thrown together under less than desirable circumstances, both hold deep judgement towards the other. But will they learn to see beyond their stations and birth so that they may defeat the coming darkness, or will labels given to them at birth continue to define them?
A heart-stopping tale about the power of human love, and how each of us are never truly alone. 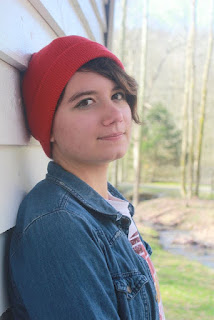 Kara Linaburg is most content sipping an iced chai while watching the sun set over the mountains of her home in West Virginia. When she's not dreaming about her next adventure or being a mad scientist in the kitchen, you can find on www.thebeautifullybrokenblog.com where she strives for authenticity and beauty in a broken world. The Crownless King is her second novel. 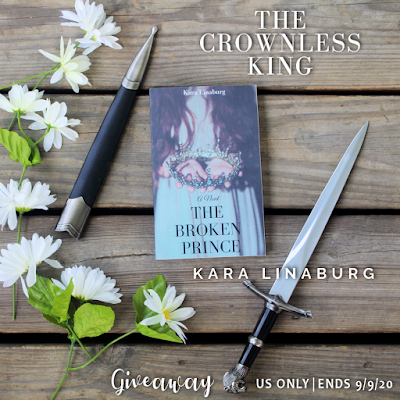 One winner will receive a signed print copy of The Broken Prince and a dagger replica
US only
Ends September 9, 2020