Check out The Celery Patch. Enter the giveaway while here! 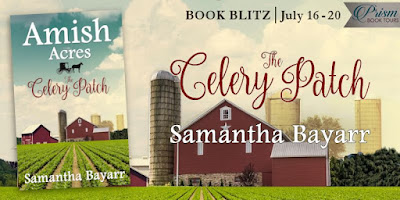 Learn more about the start of this new Amish romance series with
a touch of mystery, read an excerpt, and enter the giveaway below... 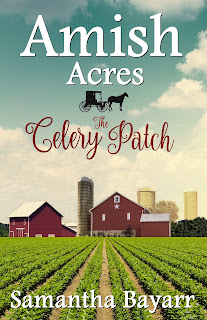 When a celery patch mysteriously crops up overnight in the Yoder's field, it attracts some unwanted suitors competing for Naomi's hand.

Someone has grown an oversized patch of celery in Naomi's family field and now she's being accused of trying to "catch" a husband. Will rumors spread by a jealous friend damage her reputation and threaten her chances of marrying the man she loves?

“I’m getting married this wedding season, too!” Naomi Yoder blurted out before she could stop the words from pouring from her lips.

Her sister, Ruthie, sucked in her breath and covered her mouth, then quickly recovered from the shock.

Her best friend, Katie Troyer, squealed and pulled Naomi into a hug. “So he asked you, then?” Katie gushed, a giggle exploding from deep within her.

Ruthie sat across from them. “Who asked you? Jeremiah?”

Naomi nodded, enjoying the attention she was getting over her fake announcement.

Annie Lapp, who’d walked over to their house to discuss a community quilt project, sank into the wicker chair nearest the swing where Naomi and Katie sat. “I don’t believe you, Naomi; you’re a liar!”

Naomi felt her blood run cold despite the heat of the morning sun beaming across the covered porch; her heart drummed against her ribs like a team of horses galloping at full speed. Of course, it was a lie, but she didn’t have much experience with lying the way Annie did; was it possible the girl’s bad habits were rubbing off on her? She hadn’t meant to say it, especially in front of Annie, who was the biggest gossip in the community. If only Katie hadn’t made her jealous with her own wedding news to Benjamin Mast. Not only had it made her worry that she was the last to make such an announcement from her age group, but Naomi just couldn’t take another minute of Annie’s or her sister’s teasing.

Hearing the word spinster coming from her own sister’s mouth had caused her to overreact, and now it was too late to take it back. Not only would Annie tell the entire community about her lie, but she would also add her own lies to make the situation worse. Annie annoyed her with her constant invasive prying, just so she’d have something to gossip about. Well, this time, Naomi had gone and given her plenty to wag her tongue about. 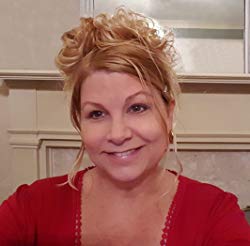 Samantha Bayarr, a former Paralegal, became the first Independent Author of Amish Fiction when she published Little Wild Flower in paperback in 2005. Since then, she has written over 130 Christian Fiction Books in Contemporary Romance, Historical Romance, Western & Cowboy Romance, Amish Romance, and Amish Suspense.

She lives in an historic home in a small town in Florida with her husband, John Foster, who writes children's books. Samantha illustrates her husband's books, the first in the series entitled: Walla Walla and the Great Pirate Adventure. Check out these wonderful stories with a Christian message and over 50 full-color illustrations in each book.

Samantha Bayarr founded Livingston Hall Publishers in 2002. Named after her great, great grandfather, Edward Livingston Hall, who owned a publishing house in the late 1800's, until his passing; Samantha resurrected this legacy as a way of honoring him for passing onto her his love for the written word. 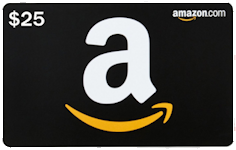