What to make when you have cabbage? Haluski

Earlier in the week I made a Korean meal for the hubby. I had bought a small head of cabbage to make a slaw to go with our meal, then ran out of time to make it.
So I was left with a whole head of cabbage in the fridge and no idea what to do with it. Then I remembered when I was little my mom making haluski, or cabbage with noodles. It was one of my favorite meals. Well outside of pasta.
It is such a easy meal to make and very cheap. 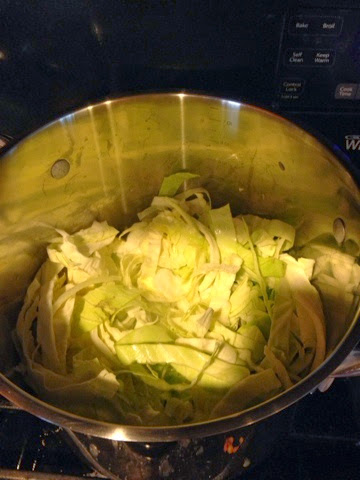 First you cut up a head of cabbage and throw it into a large pot with at least 1/2 stick of butter. Cook until the cabbage cooks down significantly. 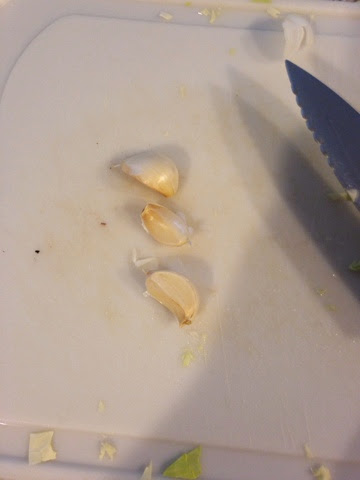 I also added some garlic because I love garlic. 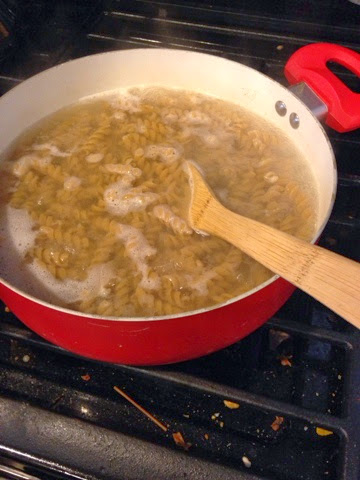 While the cabbage is cooking down, start cooking some noodles. We always made ours with egg noodles but apparently I was out. So I just used a box of spiral noodles.
When the noodles are done cooking and the cabbage is cooked down, add the noodles to the cabbage. Add more butter. I added another stick plus a good amount of salt and pepper. 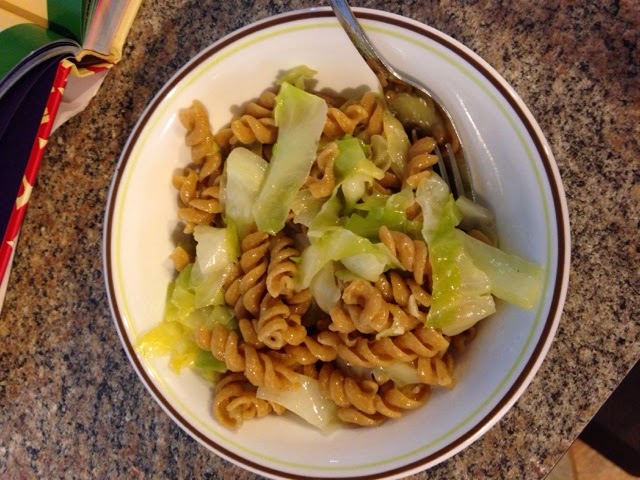 Now all down. It easy, good and a cheap meal. Plus you can customize it however you want. Alot of people add bacon or anything else they want but I like it simple.
This meal adds up to around $5 and was enough to feed 3 of my boys, my husband, my brother in law and myself.
Whats your favorite simple meal?