Review : The ice in Our Hearts 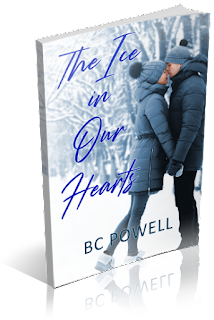 Bryce is a snowboarding sensation, a cocky teenager from California with a giant chip on his shoulder called Type 1 diabetes. He competes because he has something to prove.

Daria is a rising star in figure skating, a withdrawn teen from Russia with a tragic past. She competes to provide her family with a better life.

Primed to overthrow archrivals who dominate their sports, they’re both headed to the Winter Olympics. But soon after arriving at the Games, a flurry of ill-timed setbacks threatens to shatter their dreams.

When two teens from halfway around the world meet, they discover an unlikely but undeniable connection. As they gear up for their final shots at medals, they help each other realize the greatest barrier to the top of the podium might be hiding inside their minds.

Take a breathtaking ride with Bryce and Daria as they find true understanding, try to overcome the bitterness of their pasts, and share a romance more meaningful than winning gold.

Written by the parent of a child with Type 1 diabetes.
Review
4/5
So Bryce is a teen who has made it to the Olympics. Well if he finishes his school work, according to his mom. He feels like he needs to prove he deserves to be there and is better than the #1 snowboarder. He sees Daria's picture in an article about teens in the Olympics and falls hard. Daria has already had so many struggles to get to where she is. SHe has to keep her nerves and past in check if she wants to win.
This was a very sweet book. Two teens who have so many struggles with health, trying to make it in the Olympics. They want to be taken seriously. Bryce and Daria hit it off quickly in the first kinda face to face meeting. I like how they are genuine with each other. I loved the characters. I loved that they had great supportive families. Usually these stories have kids with crappy parents. It was fun to imagine the Olympics from inside it and seeing teens experiencing it for the first time. 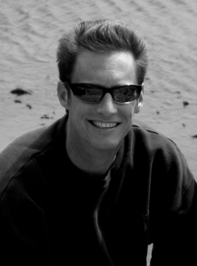 
BC Powell is a fantasy author from Los Angeles, CA. Described as “a stunning fantasy adventure,” “incredibly original,” and “a wild ride,” his debut science fiction fantasy novel “Krymzyn” was published in October, 2014. “The Infinite Expanse”, the highly anticipated second book in “The Journals of Krymzyn” series, was released in March, 2015.

Powell has a diverse background, having held several creative positions in the entertainment industry, including an executive role at ABC-TV, but writing fiction has been his lifelong passion. “The Journals of Krymzyn” represents, in his words, “finally finding the amazing story I want to tell with characters who are able to bring the story to life.”

He dual majored in journalism and philosophy at Trinity University in San Antonio, Texas. When he’s not writing, he can often be found hiking the hills of Southern California, daydreaming on the beach, or ocean kayaking. He credits his three sons, two currently in college and one in high school, as his inspiration for writing in the new adult genre.