A Fortune in Stolen Jewels, a Centuries-old Vendetta: Let the Shell Game Begin.
Award-winning jewelry designer Regina Firestone is proud to exhibit her famous grandmother’s multi-million dollar “bauble” collection at the grand re-opening of The Grove Center for American Art, known among the locals as “Sinner’s Grove.”
The fact that she’s considering modeling the jewels in the nude like her grandmother did infuriates photographer Walker Banks, a co-owner of The Grove who’s in charge of the exhibit. Neither is willing to admit the real reason for the sparks between them.
Their spat takes a back seat when Reggie discovers that one of the most compelling pieces in the collection is not at all what it seems. Tracking down the truth will take the couple into the dark heart of a quest that’s lasted more than a century, one in which destroying human lives—including Reggie’s and Walker’s—means nothing in the pursuit of a twisted sense of justice.
The Jade Hunters is Book Three of Michaels’ contemporary series, “Sinner’s Grove Suspense.” The series follows the descendants of characters introduced in Michaels’ historical fiction series, “The Golden City.”
The Golden City: The Art of Love, The Depth of Beauty, The Promise, The Price of Compassion, and
Josephine’s Daughter.
Sinner’s Grove Suspense: Sinner’s Grove, The Lair, and The Jade Hunters.
Note: All of A.B. Michaels’ novels are stand-alone reads.
For more information, please visit abmichaels.com.

Goodreads / Amazon / Barnes & Noble / iBooks / Kobo / Google Play
—
EXCERPT:
“The Modeling Session”
Taking a breath and turning to the box, Reggie put on the necklace. The bright yellow citrine was cold against her breast, a welcome chill to the flame building inside of her.
“Now, if you’ll sit on the couch and hand me your robe, we can get started.”
She did as Walker instructed, foolishly turning away from him as she took off her covering, as if doing so would shield her any more than facing him would. When she turned back, he was adjusting a nearby lamp and re-checking his camera, which he’d set on a tripod. She waited for him to finish, and when he looked up, she handed him the robe.
Those eyes again.  Focused on her. “Are you ready, then?”
She smiled nervously.  “As I’ll ever be.”
The professional in Walker took over at that point.  He began to instruct her in a tone that could only be called “matter-of-fact.”
“Sit with the vase behind your right shoulder; cross your legs, look to the left … click click click … now the right click click …now straight at me.  You … you are meeting your lover and you are wondering where he is … click click … now you are confident he is coming home to you…”
At one point he moved his tripod closer, adjusted one of the standing lights and leaned in to adjust the stone, which nestled within her cleavage. His hands brushed her skin as he straightened the chain and her body responded immediately, her nipples tightening. Fortunately, he didn’t comment on it.
He continued in that manner, directing her in a calm, dispassionate voice. She, on the other hand, was positively humming inside, titillated beyond belief that he was fully clothed and she was completely naked.  What did he think of her?  He had to be comparing her to the historic photos of her grandmother.  Was she measuring up? She shivered involuntarily.
“Would you like me to turn up the heat?” he asked.
It can’t get much hotter than this, can it? Except if maybe you were naked, too. “No, I’m warm enough,” she managed.
After the citrine shot came the tigers.  He retrieved them from the jewelry box, asked her to stand while she put them on. They reminded her of the theft and her simmering anger bubbled to the surface. “Will anyone know they aren’t the originals? I would be mortified if they could tell.”
He smiled slightly. “No one but us will know and I promise we’ll re-shoot with the real tigers once we get them back, all right?”
She smiled her relief. “That was the absolutely right thing to say.”
Then she froze because Walker had begun to put his hands in her hair. To do so he moved very close to her, close enough that their bodies almost touched.
“The original had Mandy’s hair up like so,” he said, carefully twisting and arranging her hair.
Oh, she thought, but said nothing. The scant space between them arced with electricity.
As he continued to fold her mane into a loose chignon, she took in his scent; it was a cross between leather and wood and male. She fought the urge to close the distance. How could he stand this?  Was she the only one feeling this way?
He stepped back from her for a moment and tilted his head while he perused her. Then, smiling faintly, he pulled a few long hairpins out of his back pocket. She held her breath as he strategically placed them out of sight, his arms encircling her. She knew it wasn’t his intent, but still she felt protected; sheltered; even treasured.
Then it was over and he stepped back, once again examining his work. She let out a careful breath and cast about for something to say that wouldn’t betray how she was feeling.  “How do you know how to do that?” she asked, almost afraid of the answer.
“Tricks of the trade. On a fashion shoot you’re working with two diametrically opposed concepts: perfection and time constraints. Fixing hair quickly helps bridge that gap. I always keep a few pins in my camera case out of habit.” His eyes gleaming wickedly, he leaned in as if to let her in on a secret. “They’re also good for keeping ties from flapping, applying glue to false eyelashes, and most importantly, closing half-empty Dorito bags.” He matched her smile briefly before stepping back and once again assuming a professional demeanor. “That should do it.  Ready to continue?”
She nodded, unsure how much more of this she could take.
He captured several poses and then, as he’d done with the first stone, took the camera off its stand and took a series of hand-held shots from various angles. As he moved, he’d call out a running patter of gentle commands and comments like, “Look here,” “Turn quickly,” “That’s it” and “Give me sultry.”
He paused with his camera by his side. “You really have no idea, do you?”  His voice held a touch of wonder and he murmured, almost to himself, “No idea at all.” 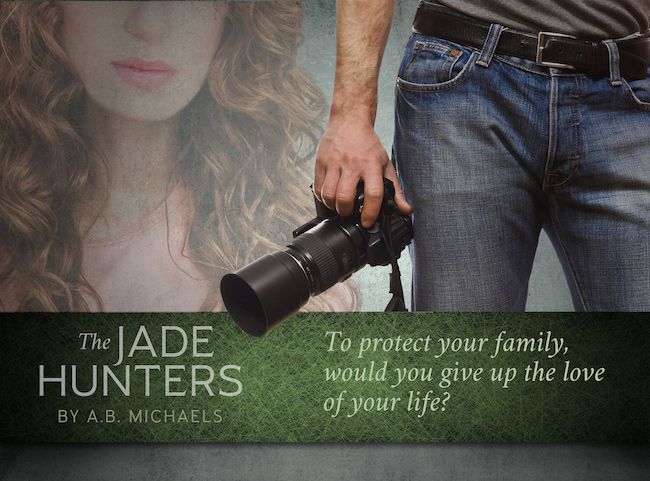 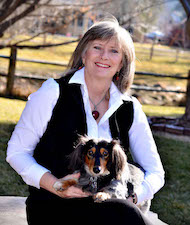 Author Bio:
A native of California, A.B. Michaels holds masters’ degrees in history (UCLA) and broadcasting (San Francisco State University). After working for many years as a promotional writer and editor, she turned to writing fiction, which is the hardest thing she's ever done besides raise two boys. She lives with her husband and two spoiled dogs in in Boise, Idaho, where she is often distracted by kayaking, playing bocce, and trying to hit a golf ball more than fifty yards. Her historical fiction series, “The Golden City,” explores America’s Gilded Age and its effect on characters, both real and fictional, while her contemporary series, “Sinner’s Grove Suspense,” follows descendants of The Golden City as they navigate today’s equally treacherous waters.